Tiffany Haddish is Queen Watevra, Empress of the Systar System in ‘The Lego Movie 2’

This tight-knit group of friends who went through so much and prevailed in the first “LEGO Movie” thought they could handle anything together.  But that was before they met Queen Watevra Wa'Nabi, Empress of the Systar System, in Warner Bros. Pictures’ comedy adventure “The LEGO Movie 2.”

Queen Watevra is the mercurial ruler of a far-off galaxy of planets that are distinctly different from one another and are all pretty weird.  It’s the Queen’s proclamation that her subjects far and wide can be whatever they want to be, a philosophy for which she absolutely leads by example. 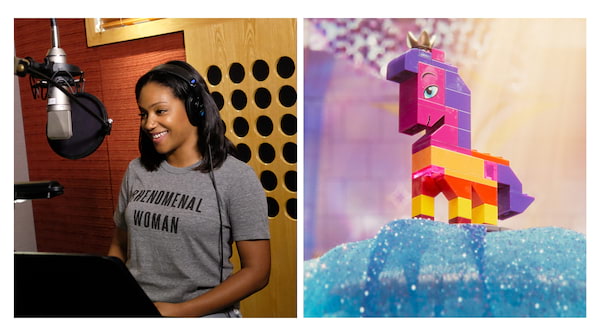 “Much like Tiffany Haddish herself,” director Mike Mitchell states, “the Queen is full of energy and very funny, and a super creative character.  That’s her theme and the theme of the Systar System that she rules, that you can change into whatever you like and as many times as you like.  Yet, it’s clear that she is also a good, capable leader and she really cares.”

“It’s hard to keep up with her,” adds producer Christopher Miller.

“Queen Watevra Wa'Nabi is constantly on the move, thinking and planning,” says Haddish.  “She has a whole solar system to rule and she always has to be ten steps ahead to keep everyone happy and everything together. So, her physical form changes all the time to keep pace with her ideas. You never know what she’s really up to, or what she’s going to look like next.” 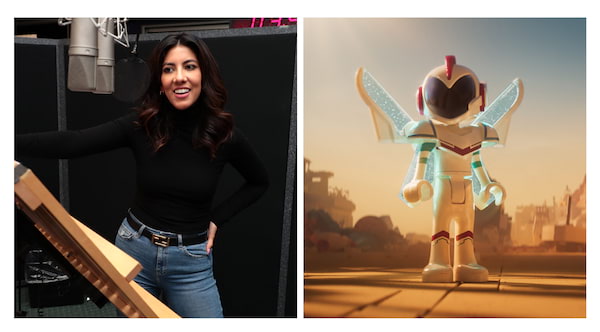 An ever-changing mass of multi-colored bricks that assume any configuration she desires, from big to small, from cute and familiar to strange and intimidating, the queen seems to revel in her ability to take people by surprise.  And though she’s no shrinking violet when it comes to getting exactly what she wants, sometimes when she really needs to get her point across, she breaks into song.  She thinks it makes her more…persuasive.

Meanwhile, the Queen’s enforcer is a helmeted minidoll known by her proper military title as General Mayhem, Intergalactic Naval Commander of the Systar System.  Or, as producers Phil Lord and Miller like to call her, “Darth Vader with sparkly wings.”

Stephanie Beatriz, who stars as Mayhem says, “She’s got on a superhero suit, she flies her own ship, and she dons that classic sci-fi movie voice-altering helmet.  It’s interesting to see a superhero imagined from what would likely be the eyes of a preteen kid and see what qualities are important to her.  And what you see in Mayhem is strength and honesty…or at least someone who is trying to find her way toward honesty.   Plus, she’s second only to the Queen so she has a lot of power.

Concludes animation director, Trisha Gum, “She’s another fun character, our ultimate royal sidekick who’s initially just tough and cool and then turns out to be much more.  She and Lucy (Elizabeth Banks) spar with each other but then start to see eye-to-eye and join their two worlds to come up with something truly special and powerful.” 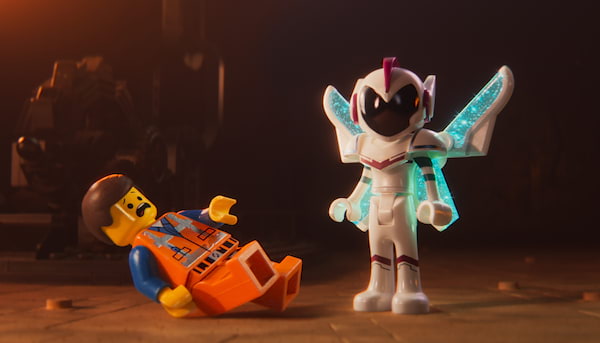 About “The LEGO Movie 2”

The much-anticipated sequel to the critically acclaimed, global box office phenomenon that started it all, “The LEGO® Movie 2,” reunites the heroes of Bricksburg in an all new action-packed adventure to save their beloved city. It’s been five years since everything was awesome and the citizens are facing a huge new threat: LEGO DUPLO® invaders from outer space, wrecking everything faster than they can rebuild.

The battle to defeat them and restore harmony to the LEGO universe will take Emmet, Lucy, Batman and their friends to faraway, unexplored worlds, including a strange galaxy where everything is a musical. It will test their courage, creativity and Master Building skills, and reveal just how special they really are.

Reprising their starring roles from the first film are Chris Pratt as Emmet, Elizabeth Banks as Lucy (aka Wyldstyle), Will Arnett as LEGO BatmanTM, Nick Offerman as Metal Beard, and Alison Brie as Unikitty. They are joined by Tiffany Haddish, Stephanie Beatriz, and Arturo Castro as, respectively, new characters Queen Watevra Wa-Nabi, Sweet Mayhem and Ice Cream Cone.

Just Another Brick: A Review of 'Lego Movie 2'

Hang on to your fronds! Emmet ventures to another universe in the brand new trailer for the big-screen animated adventure “The LEGO® Movie 2” from Warner Bros. Pictures.
0