‘Avengers: Endgame’ is not just a sequel to ‘Avengers: Infinity War’ but a culmination of eleven years of the Marvel Cinematic Universe with the 21 movies that lead up to it. In a way, it’s not just a movie, it feels much like a season finale of an epic television show; maybe even a series finale. It is massive in its scope and makes use of a decade worth of narrative to imbue each scene and character relationship with so much meaning. There is no movie that comes close to what ‘Avengers: Endgame’ manages and the emotional investment one must make (not counting time and effort) to see all those movies and to come into this one, means they have carte blanche to do whatever they want in three hour running time.

And directors Anthony and Joe Russo and screenwriters Christopher Markus and Stephen McFeely promise to take whatever you expect and throw it out the window. Within its three hour running time, they serve us three acts that all play out like three different movies altogether.

It is possible to take apart this film in three acts — each act working on a different genre altogether — and after the different tones of each film in the MCU (from the solid comic book movie that is ‘Avengers’ to the more serious and heavy tones found in films like ‘Captain America: Winter Soldier’ to the comic one likes ‘Guardians of the Galaxy’ and ‘Thor: Ragnarok’) ‘Avengers: Endgame’ can easily slip into any of these modes without losing its flow.

The story manages to play out while still giving each of the key character a moment to truly shine and close off their respective story arcs. The storyline will keep you on your toes and still serve up a delicious serving of drama, comedy, action, and thrills from the moment the film begins until its unbelievably satisfying climax.

And while not every one of its large cast gets to have significant turning points, having been established in previous movies to this one, the other characters still get a moment to truly have a comic book moment that feels satisfactory.

Of course, depending on who your favorite characters are, there will be some who get more screen time and action than others but the climax is so satisfying that everyone in the cinema were jumping out from their seats and cheering and screaming at every image.

If anything, ‘Avengers: End Game’ is an event and one that is shared by millions and millions of people around the world and we are all connected by this superhero tale of the battle against a twisted idea that the death of half the population of all living things in existence is a justifiable price for peace. This communal experience is somehow mirrored in one of the film’s pervasive themes of cooperation and fighting together against a common enemy.

It’s so challenging to write a review of a film where you cannot talk about a single aspect of the storyline because to talk about any scene is a spoiler. The story begins right away and it never stops — the plotlines and character relationships of 21 movies come crashing together to build into a bold and massive third act that gives you everything you want and a whole lot of other images you did not know you wanted until you see it.

I’m still coming from a high and I’m talking like a fanboy who still cannot believe what I had just seen (and I’m watching it again later in the day after writing this). ‘Avengers: Endgame’ is not just a movie — it’s a love letter to superheroes and to the fans who made the MCU what it is. It is a comic book that has come to life and it feels like it has to be treated as such. In ‘Captain America: Civil War,’ Captain America says, “I can do this all day,” so can I, really. I can talk about this movie the whole day.

Avengers: Endgame is now showing in cinemas nationwide. You can now buy tickets in advance through ClickTheCity.

Homestream image is screengrabbed from the official trailer. 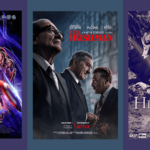 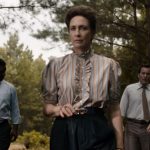