‘Brightburn’ Deconstructs the Superman Story into a Frightening Horror Film

In a cinematic landscape filled with superhero movies, ‘Brightburn’ is a welcome horror film that shows us exactly the opposite side of the coin. Superpowers are scary, too.

From the trailer alone, ‘Brightburn’ already lets you in on its cinematic conceit: that this is a retelling of the Superman story. It is about a couple in Brightburn, Kansas, who is having trouble conceiving a child. Then one night, a meteor lands in the woods behind their farm and Tori and Kyle Breyer find a baby in a space ship and raise it as their own.

Once this exposition is established, the story truly begins when the child, Brandon, is now thirteen and his alien nature starts to surface, and with puberty comes extraordinary powers that also come with great danger to all around him.

The comparisons to the DC character Superman is very evident early on. This is Superman’s story, complete with being raised in a farm in Kansas by two loving parents. Except this time, it’s Brightburn instead of Smallville, and despite the affection and care, the struggles of puberty, of learning the truth about his adoption, and the growing extraordinary powers that he is exhibiting, is pushing towards somewhere very different from where Superman ends up.

Director David Yarovesky fills the first act of ‘Brightburn’ with the normalcy of this small town, idyllic farm life. Tori and Kyle are really loving parents. Brandon’s school is like any other with bullies and a pretty girl, who tells him being smart is a good thing and not a thing to be embarrassed about. Yarovesky is unafraid to get his camera really close to his characters and to really capture the emotions that are running through them: from Tori’s concern, to Kyle’s very provincial and macho parenting style, and to the stress and pressure that Brandon faces as the hormones are building up inside of him as he gets older and his powers start to manifest.

The cinematography is even devoid of gloss or sheen. We are prepared early on by the dread that comes when Brandon first discovers his superhuman abilities. Whereas, in other superhero movies, these are scenes of great joy and wonder and child-like innocence. In ‘Brightburn,’ these are moments that are filled with dread. This is a child who can burn things just by looking at them. He can toss a lawnmower out into the horizon in one motion. And he’s fast. He’s very, very fast.

When Brandon begins to toe the moral line about his abilities and when he stops acting like the kind, innocent boy that we saw in act one, the fear begins to grow on the audience side. 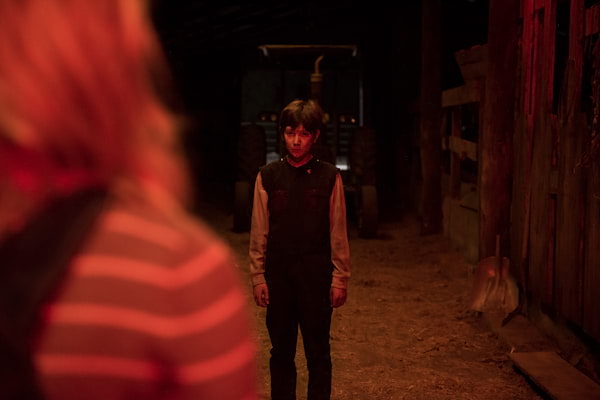 Aside from Yarovesky’s careful direction, ‘Brightburn’ is successful in raising the horror because of fantastic performances by its cast. David Denman plays Kyle so well. Very well-meaning but also hasty at reacting to Brandon’s sudden rebellious streak. He’s a man way out of his element here and he doesn’t know it and Denman inhabits this role well. Jackson A. Dunn’s portrayal of Brandon is mesmerizing. He has a sweet and innocent face and there’s a natural sadness to it that really draws you in. But he also has a stoic facade that comes up in act two and the final act that is terrifying when placed in the context of when Brandon starts to really abuse his powers.

But the true star of ‘Brightburn’ is Elizabeth Banks as Tori. This is not the actress who made us laugh in ‘Pitch Perfect’ or ‘The Hunger Games.’ Banks is a completely different woman. As a mother, Tori can be menacing when she is out to protect her son but she is also conflicted when she begins to believe in everyone’s suspicion that Brandon is somehow connected to the tragedies that start to happen in Brightburn. 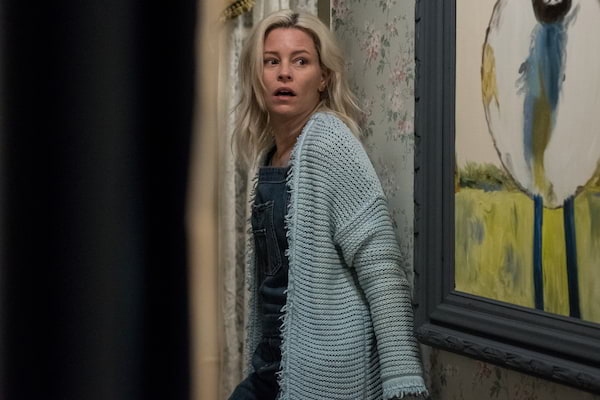 Through its deconstruction of the Superman origin story, ‘Brightburn’ manages to unpack a lot of emotions regarding parenting, the frightening reality of puberty, and puts to question the idea of “nurture versus nature.” It sheds no light and answers no questions. By sticking close to the Superman origin story, the film knows we are aware that there is a good version out there. ‘Brightburn’ is showing us that it could have gone the other way too.

There are certain narrative beats that are skipped, making a rather large leap from suspicion to realisation, but overall, ‘Brightburn’ is a very simple story with a generous amount of terror the moment Brandon discovers his true nature. There are jump scares in this film, lots of them, but I feel they are necessary to emphasize how frightening it really is to have someone like Superman in our world, and secondly, because it approximates how completely unprepared we are for anything of this magnitude.

In a cinematic landscape filled with superhero movies, ‘Brightburn’ is a welcome horror film that shows us exactly the opposite side of the coin. Superpowers are scary, too.

'Brightburn: Son of Evil' opens in cinemas nationwide on Wednesday, May 29, 2019.

'Brightburn: Son of Evil': A Disturbed Child with Superhero Powers in a Different Kind of Horror Film

The new superhero horror film is about a child from another world that crash-lands on Earth, but instead of becoming a hero to mankind, he proved to be something far more sinister.

'Guardians of the Galaxy' director and producer James Gunn to Produce the Horror-Thriller 'Brightburn: Son of Evil'

'Brightburn: Son of Evil', which opens this May 29, is set to be a superhero film presented with a horror angle.

'Brightburn: Son of Evil' To Tell Superhero Story with a Horror Context

Columbia Pictures' 'Brightburn: Son of Evil' takes the long-held tropes of superhero film and turn them on their head to bring out a horror film new that would feel entirely new.

WATCH: A Much-Awaited Clip from 'Brightburn: Son of Evil'

The world will never be the same in this upcoming sci-fi horror film produced by the visionary director of Guardians of the Galaxy.

Imagine what he could become. Watch the full trailer now of Columbia Pictures’ new supernatural thriller Brightburn from producer James Gunn, the visionary director of Guardians of the Galaxy.
0