Paranormal experts Ed and Lorraine Warren are back to face a familiar evil in the latest addition to the Conjuring Universe franchise, "Annabelle Comes Home." 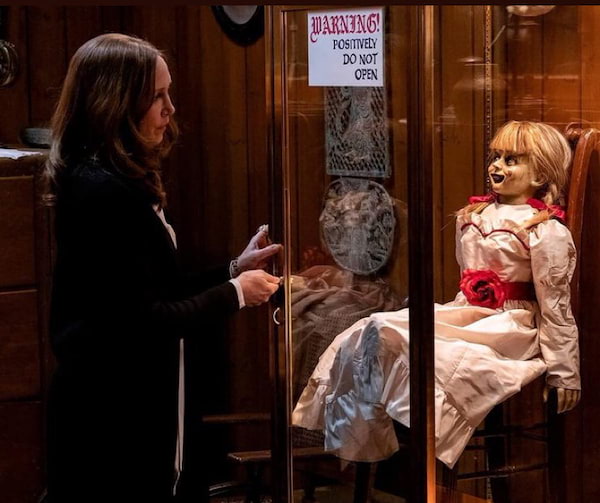 Wilson says he and co-star Farmiga “love playing these roles because we know we’re going to get to do some high drama with some high level scares, dealing with some pretty dark things, but also find all those moments to show that other side to this couple.  In this film especially, our part is largely that of loving parents to Judy.”

Farmiga steps into the role of Lorraine Warren for the fourth time and adds that much of what attracts her to these stories is “the purity of their love and how connected they are, how they balance each other.  That, as well as the idea of their faith being such a strong force for them, is in such stark contrast to the darkness they encounter.” 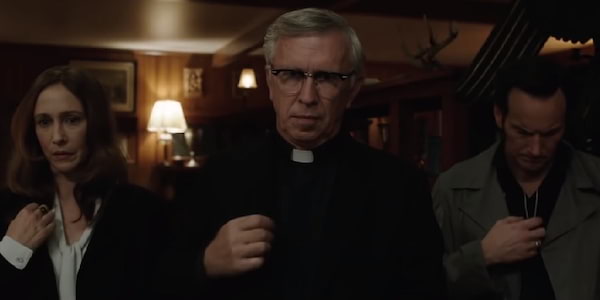 “Annabelle Comes Home” opens with the Warrens taking the sinister doll Annabelle from the nursing students—who are more than happy to relinquish her—and then driving along a rather deserted rural road with the doll sitting, disconcertingly life-like, in the back seat of their car.  “Something very squirrely happens on the way—which is based on a real situation that the Warrens encountered on the way home with the doll—that’s a bit of a hint of things to come,” Wilson teases, “but obviously they make it home.”

Despite the frightening nature of the material, Wilson and Farmiga have always infused their characters’ on-screen relationship with a sweetness that reflects that of their real-life counterparts, and working together again was a pleasure for both.  Farmiga says that no matter the seriousness of the scene they are shooting, “I love the amount of smiles that Patrick doles out on a daily basis,” even joking that “once I timed him just to see, and in the span of 60 seconds he smiled at least 15 times.” 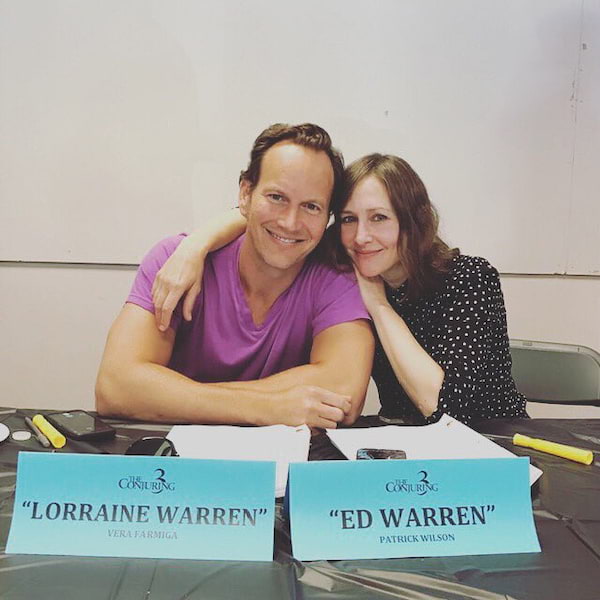 Wilson rejoins, “Vera is really fun to scare—and it’s easy, which is helpful on a film like this.  Of course, she’s one of the best actresses around, period.  There’s not a moment that she doesn’t mine, while still finding the lightness, too.”

Farmiga adds, “Patrick is wonderful, and we have such a good time.”  And after all of these films together, she observes, “He’s like family.  Like my goofball cousin.” 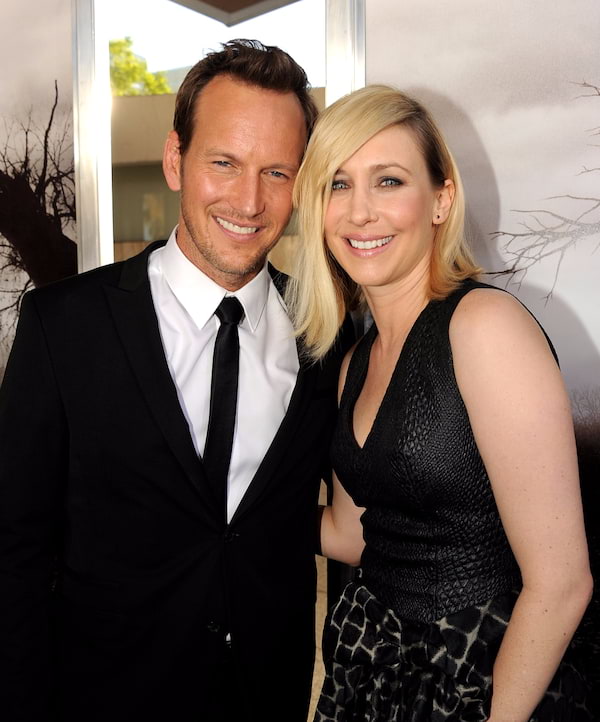 Both actors feel it helps not to approach the work on these films as if it’s a horror movie, because they are portraying a couple who really lived it and handled it with such intelligence and grace.  “I think of these not as a genre story, but as a love story,” Farmiga concludes, “and I think that’s why it works for us.”

In Philippine cinemas June 26, “Annabelle Comes Home” is distributed in the Philippines by Warner Bros. Pictures, a WarnerMedia Company.  Use the hashtag #AnnabelleComesHome

Determined to keep Annabelle from wreaking more havoc, demonologists Ed and Lorraine Warren bring the possessed doll to the locked artifacts room in their home, placing her “safely” behind sacred glass and enlisting a priest’s holy blessing.  But an unholy night of horror awaits as Annabelle awakens the evil spirits in the room, who all set their sights on a new target—the Warrens’ ten-year-old daughter, Judy, and her friends.

‘Annabelle Comes Home’ is a relentless frightfest with great setups for frightening situations that will have you holding your breath or looking away.

The teen actress from 'The Haunting of Hill House' and more recently as the young Carol Danvers in “Captain Marvel” now stars as the daughter of Ed & Lorraine Warren in supernatural horror-thriller “Annabelle Comes Home.”

The Annabelle doll has been safely secured for a year by demonologists Ed and Lorraine Warren. But now, Annabelle unleashes the other haunted artifacts at their home and sets on a new target.

Sinister doll Annabelle returns and awakens the evil spirits in the Warren's home in this latest trailer.