‘Spider-Man: Far From Home’ Explores What Home Is for Peter Parker

I think the most interesting thing in ‘Spider-Man: Far From Home’ is what exactly is Peter Parker’s idea of home. After the events of ‘Avengers: Endgame,’ Peter Parker is feeling a little lost as he is dealing with the loss of Tony Stark. He’s just excited to leave the spider suit at home as he goes to Europe with his friends on a science trip for school. He wants a break from saving the world and just be a normal kid and tell MJ how he feels about her.

But, as the trailer reveals, that is not going to happen.

‘Spider-Man: Far From Home’ is just as much a teen coming-of-age story as it is a comic book adventure of everybody’s favorite web-slinger. Director Jon Watts fills the movie with so much comedy and complex teenage relationship dynamics that the film acts more as a refocusing of Spider-Man’s sense of place in the MCU.

After all, he has suffered major losses in the events of ‘Avengers: Endgame’ in the form of his mentor and patron, Tony Stark. The heavy burden of responsibility rests on Peter’s shoulders now; as he feels he has to somehow live up to what Tony saw in him. The pressure for Spider-Man to be the next Iron Man is taken on by Peter and it is debilitating.

While there are villains here such as the elemental giants you see in the trailer, and the introduction of the aptly named Mysterio, the central conflict here is Peter Parker’s struggle with being a superhero and being a regular kid.

He is after all just sixteen, and no teenager should bear the burden of saving the world over and over again alone. And there’s MJ, a girl he likes, who he feels likes him too. And what the movie magically does is turn Peter Parker into a representation of kids today: tech-savvy, very aware of the suffering of the world, and burdened with the responsibility to save it while dealing with their teenage emotions and just wanting to really get the one they love.

This metaphor plays very strongly into the film but heightened to a great degree because the comic book stakes are high. The elementals are powerful and outside of Spider-Man’s usual power levels. But Spider-Man is not alone. He has Mysterio, Nick Fury, and Maria Hill on hand to help him out. And while Nick Fury presses unto him about making a choice between hero or regular teenager, Mysterio offers a different kind of friendship.

‘Spider-Man: Far From Home’ delivers in the laughs, the usual high-flying thrills that comes with a Spider-Man movie, and a lot of dramatic tension. The film never feels too serious, leaning heavily into its youthful charm and comedic potential to highlight the fact that Peter is still a teenager. But it easily switches to realistic exploration of the angst that comes with having to make a decision as important as the one that Peter has to make.

Make no mistake, the film won’t make you forget that it just came after ‘Avengers: Endgame’ and a lot of the narrative beats are rooted in this, but it manages to escape the pressure of topping what happened in the last MCU installment by making this a Peter Parker movie. ‘Spider-Man: Far From Home’ inevitably asks, what is home for Peter Parker? He’s in Europe, trying to have a normal life but his responsibility keeps rearing its ugly head. What is home? Is it MJ? Is it Aunt May? Or is it being Spider-Man?

If home is not so much as a place but a feeling, which feeling does Spider-Man feel the most at home in? And which one is he far from in this film? The answer is played out nicely in this film, with all its twists and turns, with all its actions, romance, and comedy. Solid performances all around, most especially from Tom Holland and Jake Gyllenhaal that sort of makes this a fitting end to the MCU’s Phase 3. 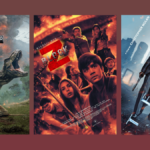 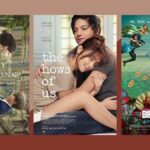 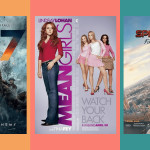 The Friendly Neighborhood Hero Returns in the First Trailer for 'Spider-Man: Far From Home'