Grounded by superb performances by Royce Cabrera, Kokoy de Santos, and Ricky Davao, this film is a wake up call.

Beyond the sex and controvery that is teased in the title and trailer of Eduardo Roy Jr.’s ‘F#*@BOIS’ is a gripping and suspenseful story of power struggles and the kind of oppression that pervades in male sex work. The film sheds light on how vulnerable male sex workers are, especially when they go up against powerful men, whose morals are corrupted by the authority they have because of their wealth.

I have to state this early that I’m a fan of Eduardo Roy Jr.’s films. From ‘Quick Change’ to ‘Pamilya Ordinaryo,’ director Eduardo Roy Jr has managed to put the spotlight on vulnerable sectors of society. He shows their world without romanticising his subjects but neither does he cast any judgment on them. They are portrayed as they are, in a very real world, that seeks to constantly dehumanize them because of the lack of protection from the government or society. 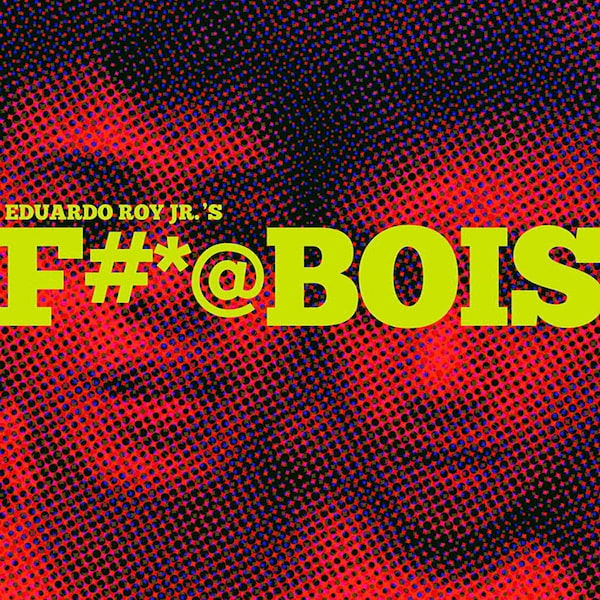 This rings true in ‘F#*@ Bois,’ where he brings us into the world of male bikini pageant contestants, who also sideline as escorts. We follow the story of Ace and Mico, as they are about to join the Mr. Galaxy pageant. The director takes his time to build on the setting of these characters — the cramp quarters that they live in, their hopes and dreams, and even the fact that they put their value on their appearance, their only real currency in this dog-eat-dog world.

At first, it’s amusing. The amount of flesh that is displayed is meant to titillate and arouse. These characters know it, and they lean into it. It’s their only leverage. But the film starts to plant the seeds of a story as Ace is barraged by texts and calls from a certain Brittany, which he ignores.

During the competition, Brittany sends a video of Ace and Mico in a very compromising situation, the story shifts abruptly into something dark and terrifying. All of a sudden, the two young men must face Brittany and ensure that the video is never released.

Everything at this point, from Brittany’s reveal to the shocking and brutal events that happen after becomes a horrible cautionary tale about how vulnerable anybody is in the throes of sex, whether it is paid or not. In this day and age of social media and smart phones with recording devices, what should remain behind closed doors can easily be used against you.

And people like Ace and Mico, who are underprivileged and have no protection, are vulnerable to the dark whims of the scariest parts of the human soul.

From the previous films of director Eduardo Roy Jr. that I’ve seen, this is entirely within his wheelhouse as a filmmaker. He builds his film’s world from the ground up, shows us the stakes, and creates an impending sense of dread that never lets up. Within his dark explorations on the power struggles of humankind, he finds spaces for humor, for suspense, for terror, and for a deterioration of his character’s humanity. More than just a character taking the role of an antagonist, Roy brings to the center stage the systemic abuses that happen in this world with so much inequality and injustice.

Ace and Mico are not just victims of people like Brittany, they are victims of an uncaring society that has done nothing to improve their lives and the lives of people like them. Be it the male escorts of ‘F#*@ Bois’ or the transwomen of ‘Quick Change’ or the homeless, street urchins of ‘Pamilya Ordinaryo.’

‘F#*@ Bois,’ with all its skin and flesh and scenes of graphic sex, quickly removes whatever titillation one may glean from these scenes. It’s oppression. It’s abuse. What happens in this film is abusive, regardless if the circumstances that forged this narrative was based on a financial transaction. Eduardo Roy Jr. quickly subverts the idea of sex and sexual objectification as one that is inhuman.

I’ve only seen three of the Cinemalaya entries on competition, but I’m sure that ‘F#*@ Bois’ is definitely going to be one of the big winners at the end of the festival.