Not all great books translate well into films. And that may run contrary to what Stanley Kubrick has been quoted for — "If it can be written or thought, it can be filmed" — but Donna Tartt’s Pulitzer Prize novel seems so immense in creating the emotional world of her main character in ‘The Goldfinch’ that even in its two hour and twenty-nine minute running time, the film feels like it has barely scratched the surface of it. 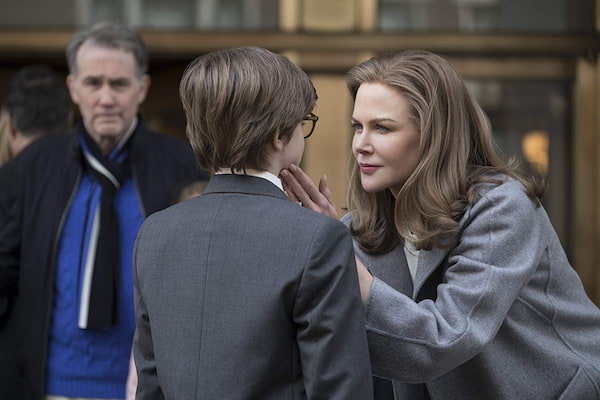 I’ve not read the book myself but judging from what transpires on screen gives me a glimpse of the full-range of profound thought that is mined in this story. It is, after all, the story of Theo Decker, who is one of the survivors of a bombing at the Metropolitan Museum; an explosion that killed his mother. The film chronicles Theo’s life as a child, first living with the wealthy Barbour family until his absentee father comes to take him to Nevada and then later, as a drug-dependent grown-up selling antiques.

Jumping back and forth into different timelines, of Theo’s life as a young teen and later as a grown-up, we are given a character study of a broken person, who has never really, truly healed from the incident; the loss of his mother and a dark secret connected to a priceless painting almost 400 years old.

‘The Goldfinch,’ as a movie, has a difficult time stitching this tapestry of Theo Decker’s life together into a meaningful metaphor for holding on and letting go. Each segment of Theo Decker’s life — whether it's in New York with the Barbour family, his period with his father and Russian friend Boris in Las Vegas, or as a grown up in New York with the former business partner of a man he met at the museum on the day of the explosion — is predicated by that moment. He carries what is probably easiest seen as survivor’s guilt that manifests itself in an act of holding on to something precious, valuable, maybe even permanent, and entirely connected to his mother.

But the film, directed by John Crowley, fails to mine each timeline its full potential for meaning and connect it with all the other timelines until the present. 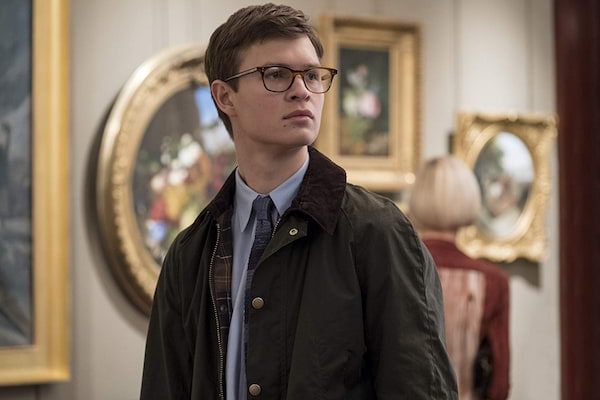 In New York, while living with the Barbour family, he becomes a fixture in their lives, even if they only took him in as an act of kindness. He shares an intimate bond with the matriarch (Nicole Kidman), who is mindful of him at all times but is limited in her affections because of her four other children, her eccentric husband, and what appears to be a dependency to mood stabilizers. Kidman is magnificent in showing this love and connection with the young Theo (played by Oakes Fegley, who is trying very hard but his efforts are visible on screen) even while she is physically unable to; a role Kidman can do in her sleep. She is also the first person to introduce him to narcotics.

In Las Vegas, Theo’s absentee father (Luke Wilson) and his father’s girlfriend (a delightfully different Sarah Paulson) is the exact opposite of the Barbour family and here he has to fend for himself, if not for a neighbouring Russian teen, Boris (played by Finn Wolfhard), who introduces him into acid and valiums, which allows him to distance himself further from his own emotions.

As a grown-up, Theo (played by Ansel Elgort) now has trouble truly connecting with the people around him except for a long-time friend and fellow survivor from the explosion, Pippa (played as a teen and young adult by Aimee Laurence and Ashleigh Cummings, respectively) and Hobie (played by Jeffrey Wright), the owner of the antique store Theo now works in. 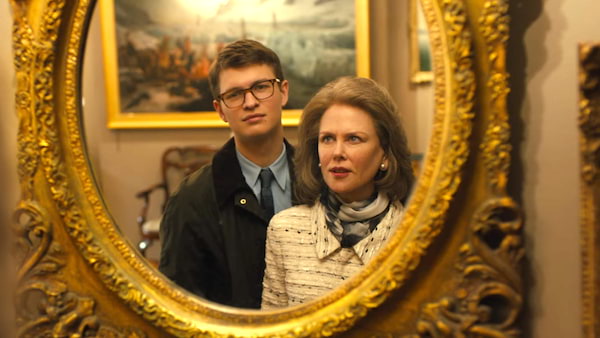 There should be swells and waves of emotions as each of these timelines should tell more than just why he has become dependent on drugs and why he is unhappy. It’s so simplistic and straightforward and you can tell — from the lush visual landscapes of the Barbour’s fine home to the empty but picturesque Las Vegas desert — that there’s a lot more that should be happening here. Because his relationships with Boris and with Pippa and with Hobie and Mrs. Barbour is more than just about taking drugs and being sad.

That painting has a larger metaphor in play, but it is squandered by a third act where Theo no longer makes any real decisions as he just moves from scene to scene in a daze. It might be logical for a character dependent on drugs, but it sure isn’t compelling cinema.

And then, when it is all said and done, the most powerful point of the film is spoken rather than dramatized. It is such a disappointment when you see the calibre of talent in the roster of this film from Nicole Kidman, Sarah Paulson, and Jeffrey Wright, to screenwriter Peter Straughan, and Director of Photography Roger Deakins.

These emotions and that sublime implication of the painting seems better suited, as I read in another review, for a limited series on television where every aspect of the timeline can truly be explored for all its meanings to Theo’s life and how it connects to the Goldfinch.

Finn Wolfhard Floats From 'IT Chapter Two' to 'The Goldfinch'

The 'Stranger Things' and 'IT Chapter Two' teen actor will also play the role of an immigrant from Russia, in the inspiring drama film 'The Goldfinch.'

In the Warner Bros. Pictures film 'The Goldfinch,' Nicole Kidman plays the role of Mrs. Barbour, the wealthy mother of a dysfunctional family that will redefine what maternal love is.

Loss and Guilt Engulf Ansel Elgort in 'The Goldfinch'

The star of 'Baby Driver' and 'The Fault in Our Stars' plays the role of trauma survivor Theo Decker in 'The Goldfinch,' based on the Pulitzer-Prize Award winning novel.

Best-Selling Book to Big Screen: 'The Goldfinch' Opens in Cinemas in September

WATCH: The New 'Goldfinch' Trailer will Steal Your Heart

Here are the brand new trailer and teaser poster for the big-screen adaptation of the best-selling novel.