Plus, a clip where Reynolds and Taika Waititi 'can't recall' when they worked together years ago!

It looks like the Deadpool actor Ryan Reynolds just keeps on doing his unconventional heroic acts even outside the Marvel Cinematic Universe franchise.

Right after we got a first look on the trailer for his upcoming film with director Michael Bay, 6 Underground, we're now getting a poster of another film starring Reynolds… and yes, it seems that he is playing yet another hero that kinda breaks the all-righteous trope of supers.

Check out the poster for Free Guy below:

In the poster, we see Reynolds who play as Guy, clad in an office uniform doing the iconic Superman pose where he opens up his button-down shirt from the chest to reveal his 'S' logo, only Guy's just wearing the same uniform underneath.

"On a very literal level, Free Guy is about Guy, who's a bank teller. He works in a bank, and his bank gets robbed 17 times in a day, and eventually he realizes that's weird and not normal," the film's director, Shawn Levy reveals, via the Hollywood Reporter. "Ryan and I have talked about Free Guy as a superhero origin story without the cape and tights and the IP. If you were living in a video game and could master the system, your powers would be limitless."

Other stars appearing in the film are Taika Waititi (Thor: Ragnarok director), Joe Keery (Stranger Things) and Jodie Comer (Killing Eve). In a clip shared by Ryan Reynolds on Twitter, he and Waititi had seemingly 'forgot' about the Green Lantern movie where they first got to work together.

I remember the first time I met Taika. It was way back in 2019, but it feels like it wasn’t 10 years ago. #FreeGuy #introductions #NewFriends @TaikaWaititi pic.twitter.com/8gPZ8ZYxId 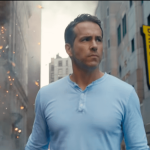 Ryan Reynolds is an NPC-turned-hero in a video game!

Ryan Reynolds is Guy, a background character in an open-world video game who suddenly breaks free of his intended role and decides to rewrite himself as a hero. 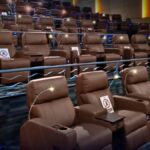