Pagpag: Siyam na Buhay is a very typical example of a local horror film. It follows a very set formula, making sure to mete out its scares in a regular fashion, even if it doesn’t really make much sense. There’s obvious skill on display in the film, but it’s all in service of a formula that hasn’t been compelling in years.

Leni (Kathryn Bernardo) runs a struggling funeral home. She's called out to a house in the middle of nowhere to set up a wake. Rich kid Cedric (Daniel Padilla) has his car break down near that house, and he and his friends stay there for a bit while waiting for the tow truck. While there, each of them does something you're not supposed to do at a wake. Though they dismiss the warnings as superstition, it soon becomes clear that there is a malevolent spirit after them. As the people around them start dying, Leni and Cedric investigate, hoping to find a way out of their curse.

The more the film reveals about its ghostly premise, the less sense it makes. The rules are really ill defined. Are these people dying because they committed taboo acts at the wake? If that’s the case, one of these deaths doesn’t fit in the framework. If the ghost is simply out to kill a bunch of people, then it seems to have gone to a lot of trouble to track these particular people down. As is the case with plenty of local horror films, the film uses the supernatural as license to tell a story that largely ignores logic. It offers explanations for why stuff is happening, and then ignores those explanations when it’s inconvenient for the narrative.

This wouldn’t be such a bad thing if the movie were actually scary. But it really isn’t. The design for the supernatural threat doesn’t look very good on screen. And his modus operandi doesn’t elicit much terror. Rather than just be source of painful violence, this ghost kind of goes through the trouble of coming up with thematically appropriate deaths. Apparently, the ghost isn’t in any real hurry to kill anyone, and likes to take the time to construct elaborate means of murder. This would actually be interesting, but the film doesn’t really commit to that idea, either.

The film’s somewhat campy sense of humor helps a bit, though it does sometimes feel like an intrusion. People are dying, after all, and levity doesn’t always seem appropriate. The acting is all right. Neither Daniel Padilla nor Kathryn Bernardo is called on to do very much, but the characters they play are well within their wheelhouse. Shaina Magdayao is remarkably good at playing creepy, her eyes often conveying something a twisted underneath. No one in the supporting manages to stand out, but that’s more an issue with the writing than it is the acting.

Pagpag: Siyam na Buhay is utterly uninspiring. Horror is a genre that’s historically been a venue for experimentation. The outré nature of the genre allows filmmakers to get really inventive. But that’s not what happened here. The film feels a little lazy, just ticking off the checkboxes to fulfill the imaginary requirements of a local horror picture. The laziness can be witnessed in an early scene with a terribly obvious continuity error that involves flowers either on the hood of a car or , depending on which angle we’re looking at. It’s such a glaring error that it seems really strange that it got through. But it did, and I can only assume that they didn’t really care. 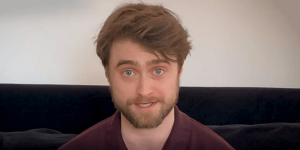