There are quite a few good ideas in Mr. Peabody & Sherman, but a lot of it is tied to a really loose plot that struggles to be engaging. Peabody’s Improbable History doesn’t seem like the most natural fit for expansion into feature film. The original cartoon didn’t offer much in the way of plot, mostly following its main characters as they served as witnesses to a series of gags featuring historical figures. The film, Mr. Peabody & Sherman, works off that premise and builds an elaborate backstory for the characters. There are quite a few good ideas in all this, but a lot of it is tied to a really loose plot that struggles to be engaging. The film as a whole has its moments, but it has trouble maintaining its narrative momentum.

The film reframes the titular Peabody (Ty Burrell) as a dog who somehow became one of the world’s leading figures in science, art, and politics. Seven year-old Sherman (Max Charles) is his adopted son. Peabody has been giving his son a rather unique education, by taking him along on trips through time on his time machine, the WABAC. But now it’s time for Sherman to get more regular schooling. And on the first day of school, he gets into a fight with classmate Penny (Ariel Winter). Peabody invites Penny and her parents over to try and smooth things over. But while he entertains the parents, Sherman and Penny get into trouble with the WABAC.

The film is most entertaining when it isn’t burdened with plot. The film’s twisted, cartoon-driven depictions of historical events are often quite inspired, and the dynamic between the two main characters sets up a lot of classic comedy. The film stumbles when it tries to put together a larger crisis for the characters to deal with. It ends up just throwing a bunch of vague sci-fi concepts at the wall and resolves it with a hefty dose of deus ex machina. It also struggles to put together a coherent theme in the relationship between Peabody and Sherman. The growing conflict between them forms what is meant to be the heart of this story, but the film doesn’t quite seem to know what it wants to say.

It vacillates between making the point that Peabody should trust Sherman more and showing the seven year-old really is out of his depth. The film lacks a sense of clarity, its messaging coming off as muddled and halfhearted. Still, much of the film is pretty entertaining. The film moves at a brisk clip, and as it is a time travel movie, it benefits greatly from a large variety of settings. It is a credit to the production that the movie is able to bring all these very different locales to life. From Ancient Egypt to the Italian Renaissance to modern-day New York, it all looks pretty gorgeous.

Interesting character designs add to the overall visual appeal of the film. Combined with strong vocal work, these characters are pretty easy to like. Ty Burrell gets the demeanor right, and manages to add a little warmth to a historically cold character. Max Charles is all enthusiasm as Sherman, and that’s a really good thing for this role. Recognizable delivery from the likes of Patrick Warburton and Stephen Colbert add some charm in the side characters.

Mr. Peabody & Sherman gets really sloppy in the end, the film feeling unsure about how to resolve its world-ending crisis. And the emotional component of the story never feels wholly earned. But where those ideas fall short, the film offers up plenty of zippy jokes and visual flair to keep things moving along. At the very least, the film does occasionally capture the spirit of those original cartoons. Perhaps it would have better off going further into that realm, dropping plot altogether in favor of the sheer goofiness of the cartoon, which never really tried to do much more than make historical figures look silly. But as it is, the film is mostly okay. 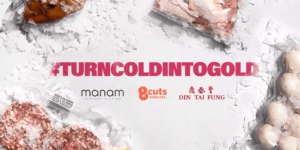