The visually stunning ‘Sunod’ is a polished horror film that takes its time setting up the mood and the dramatic tension and creates ample space for its splendid cast to deliver incredible performances.

The visually stunning ‘Sunod’ is a polished horror film that takes its time setting up the mood and the dramatic tension, and creates ample space for its splendid cast to deliver incredible performances. Director Carlo Ledesma and Director of Photography Mycko David take special care in creating strikingly gorgeous images that puts front and center the relationship of Carmina Villarroel’s Olivia and her daughter Annelle, played by a wonderfully versatile Krystal Brimner; the relationship which is at the crux of this movie.

‘Sunod’ is about Olivia, a single mother who is caring for her daughter Annelle, who is in the hospital for a heart condition. As the hospital bills stack up, Olivia is forced to go job hunting to help pay for the bills and she finds herself working at a call center in an old building. The building has a history that puts Olivia into direct contact with the supernatural and, inadvertently, involves Annelle and her co-workers in a haunting with terrifying ramifications for everyone involved.

‘Sunod’ is unafraid to take its time building the relationship of Olivia and Annelle, impressing upon us the need for her to take this job at the creepy building with a dark history. It’s actually this need, Olivia’s desperate attempts at providing for her daughter’s healthcare, that is the powerful grounding element of the movie. It hinges upon a mother’s love and her will to do anything that is necessary to make ends meet.

Filling up this world is JC Santos, as Olivia’s team leader, Kate Alejandrino, Olivia’s co-worker, and Mylene Dizon’s Karen Liboro, the owner of the company, who has ties to the building. 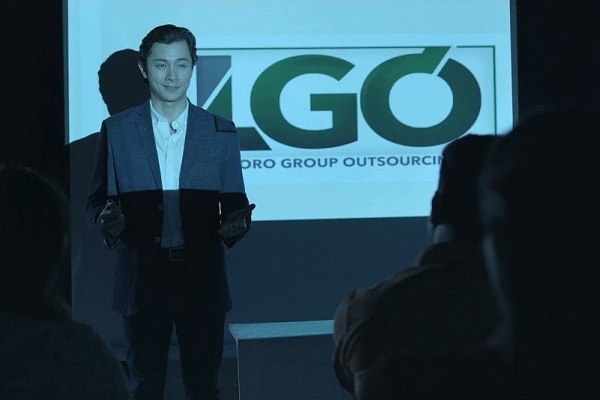 The world of the call center makes such an interesting storyline, but unfortunately doesn’t actually interweave with the supernatural elements that drives the story forward. The call center and its world seems like a separate movie from the hauntings that occur later on and impose itself into the narrative.

That’s the weakest aspect of the film. The script is juggling with so many narrative elements that it takes its time to with the exposition of its many different parts that it often doesn’t feel whole. It takes a long while before the four different aspects of the narrative — Olivia and her daughter, Olivia’s life in the call center, the haunting in the building, and the building’s history — come crashing together.

The story ends up stopping to deal with the exposition for one aspect before moving on to the main narrative rather than the narrative parts being interwoven into each other. 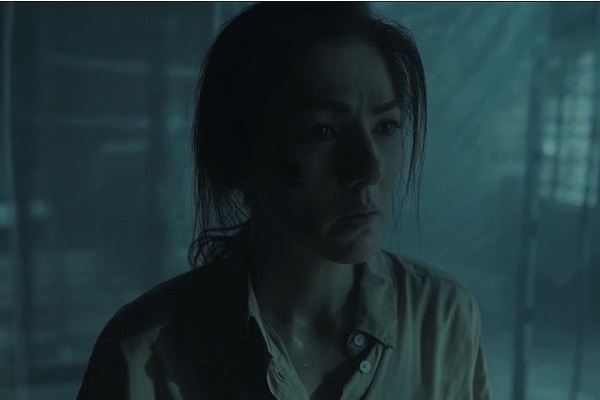 But when they finally all come crashing together halfway through the film, ‘Sunod’ really hits its stride. Carmina Villarroel gives a solid performance of a woman with a mission; her singular focus is to protect and care for her daughter that you never question Olivia’s motives and choices. Kate Alejandrino and JC Santos are solid actors all throughout their careers so far and they help build this world and make it real.

But the real standouts of the film is the wonderfully mature portrayal of Kristal Brimner and the captivating presence of Susan Africa, who plays a character who has a connection to the building and its history. Brimner’s performance of Annelle becomes quite challenging when she begins interacting with the hauntings later on in the film and it shows a maturity in her acting prowess. She is someone to watch out for. 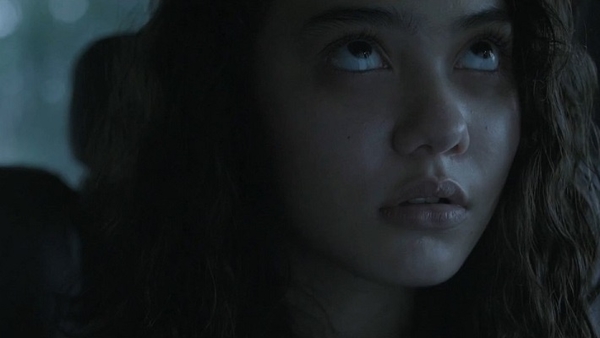 ‘Sunod’ is intelligent horror. It puts the focus on how far a mother will go for her child, to what lengths she will go to care for her, protect her, and provide for her. It’s not just about the jump scares — in fact, there’s very few in this film — as Ledesma puts more care in the atmosphere and the idea behind the horror. It’s about the helplessness a mother would feel when her child is in danger and how far a mother will go to protect her child.

‘Sunod’ is refined, it’s smart, it’s visually stunning, and it’s frightening in its set up and atmosphere. There is a lore behind this film, which I wish the filmmakers pushed further. The imagery, the history behind this story could be explored. But the film is intimate and personal. It’s razor sharp focus is on Olivia and Annelle and with Villarroel and Brimner at the top of their game and Ledesma at the wheel, we have a solid horror film this MMFF.

Interview with the Hungry: Carmina Villaroel-Legaspi on MMFF entry 'Sunod'

Grab a seat and whet your appetite with some of our favorite hungry personalities as we challenge Carmina Villaroel-Legaspi to answer questions while she is eating.