Liam Neeson, a Notorious Outlaw in “A Million Ways to Die West”

In the film, after sheep farmer Albert (Seth MacFarlane) backs out of a gunfight, his fickle girlfriend leaves him for another man. When a mysterious and beautiful woman named Anna (Charlize Theron) rides into town, she helps him find his courage and they begin to fall in love. But when her husband (Liam Neeson), a notorious outlaw, arrives seeking revenge, the farmer must put his newfound courage to the test.

Producer Scott Stuber recalls how Neeson's casting came about: "For our ultimate foil, we sat around like little kids saying, 'I hope we can get someone like Liam Neeson. Wouldn't that be amazing?'" Turns out that they didn't have to dream. "I've been lucky enough to have worked with him before, and he was a fan of Seth's, so it was a terrific get." 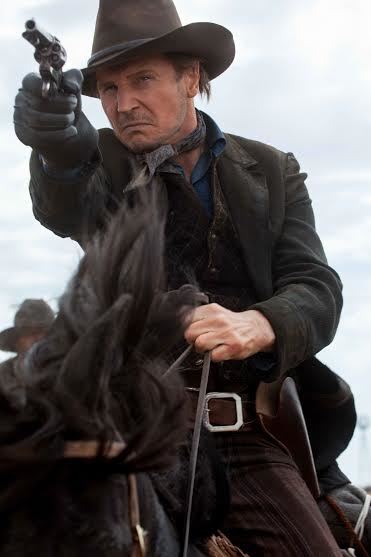 Actor-writer-director Seth MacFarlane knew that Clinch was pivotal to “A Million Ways to Die in the West” because the character had to be believable. He explains that Neeson was the man for the job: "Clinch is a character that has to seem like he is in a drama for everything to work. He is a bad guy who has to be dealt with: a real situation. That's an anchor that you have to have in a comedy like this. You have to believe that the bad guy's a legitimate threat, and Liam did that masterfully."

Prior to meeting with Neeson, MacFarlane had an idea of what kind of accent he wanted Clinch to possess. The Irish-born actor had similar thoughts. MacFarlane says: "I love Liam's speaking voice, so when he came in I thought, 'God, I hope he doesn't do a Western accent.' He just has such a resonant, powerful speaking voice. The guy can read the phone book, and you sit up and take a listen." 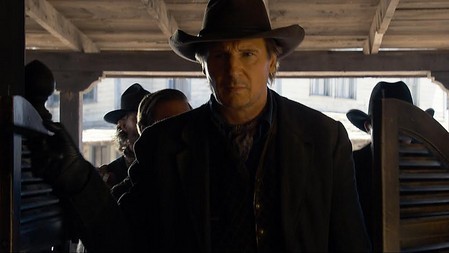 Recalling his rationale for playing Clinch as a Northern Irishman, Neeson offers: "A few years ago, my kids came home from school and said, 'Dad, you're on Family Guy!' So I watch, and Seth lampooned me as Liam Neeson doing a Western, strangely enough, and what my accent would be like. So, when we agreed to do this, I said, 'I'll only do it, Seth, if I can play it in my Northern Irish accent…as homage to Family Guy.' So he agreed."

Neeson discusses how he brought his background to the story: "Clinch is a classic baddie in the Western tradition; he's a gunslinger. I'm from the north of Ireland originally, and I've made him very pure and broad Northern Irish. I imagine his real name was probably Trevor McBraid, but he changed his name to Clinch Leatherwood when he came to the Wild West." 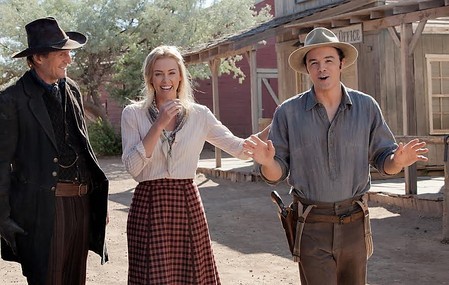 The performer found working with MacFarlane to be an enjoyable experience, commending: "Seth's quite a remarkable Renaissance young man. He's always up and breezy, and open to suggestions and ideas. If he doesn't like them, he'll say so, and if he does then he'll incorporate them. He's very acute at giving you a note. If a beat isn't working in a scene, he'll change a line or suggest something for you to try."

“A Million Ways to Die in the West” is distributed by United International Pictures through Columbia Pictures.