Heneral Luna: The Life and Times of Antonio Luna in a new biopic

The film Heneral Luna is based on Whirlwinds of Dust: The Fall of Antonio Luna, an original screen play written by Henry Francia and E.A. Rocha. It won Third Prize at the FDCP’s “kaSAYSAYan” Historical Scriptwriting contest in July of 2010. Award-winning director Jerrold Tarog (Sana Dati, Senior Year, Confessional) was looking for a story about the Filipino hero General Antonio Luna, and found Whirlwinds of Dust to be rich material to be turned into a feature film. 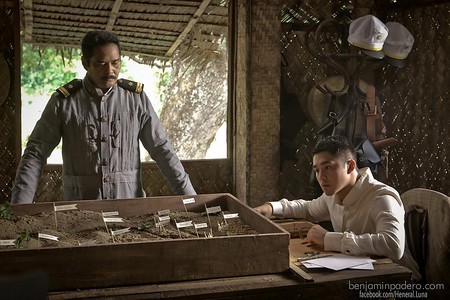 The story begins in the middle of a tense time in Philippine history: the Philippine-American War. Spain has sold the Philippines to the United States in the Treaty of Paris, effectively giving up control over the islands. The American presence in the capital has become aggressive and the new republic’s president, Emilio Aguinaldo (Mon Confiado), has no choice but to declare war. But the cabinet is divided—some men, conservative elites like Pedro Paterno (Leo Martinez) and Felipe Buencamino (Nonie Buencamino), want to make peace with the Americans, while others, like Apolinario Mabini (Epy Quizon), take a more militant stand—to fight the Americans and gain true independence from any foreign colonizer. Antonio Luna (John Arcilla), appointed by Aguinaldo as the commanding general of the Philippine Army, wants a good fight. Trained as a pharmacist in Europe, Antonio Luna also had the opportunity to study military tactics in Belgium. He is the only qualified general in the army but finds his military decisions met with passive aggressive resistance from the men who are loyal only to Aguinaldo. Luna also encounters squabbling and side-taking in the young and tenuous government. Frustrated but determined to win, General Luna and his loyal men forge ahead to fight the approaching enemy. 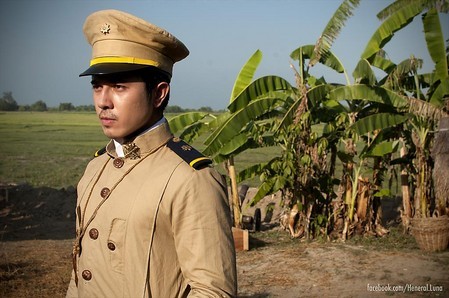 As General Luna engages the American army in battles through the northern part of Luzon, he narrates his patriotic philosophies to a (fictional) young journalist named Joven (Arron Villaflor). The General reminisces about his early years as a young man with the ilustrados in Europe, including his brother the famous painter Juan Luna and Dr. Jose Rizal who was executed by the Spanish in 1896. Fuelled by his amor propio, the patriotic manhood that comes from his fierce pride and love for country, General Luna tries to instil discipline and cooperation in the army of liberation, which is ill-equipped and haphazardly trained. He rewards bravery but loathes cowardice—and he is not afraid to let it be known. 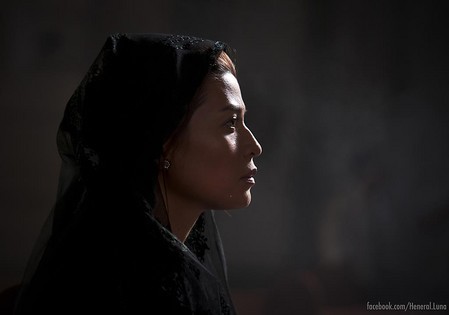 In the end, it is General Antonio Luna’s pride and boldness that make him the target of a bloody assassination plot. In early June of 1899, General Luna is summoned by President Aguinaldo to the headquarters in Cabanatuan, where he encounters a pack of Cavite soldiers led by Captain Pedro Janolino (Ketchup Eusebio). General Luna is killed in broad daylight in the town plaza by Filipino soldiers. He suffered no less than forty wounds and was valiant till his bloody end. 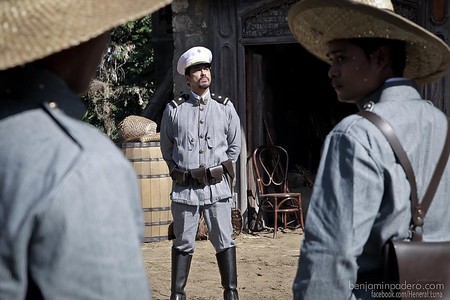 The film is both history lesson and social commentary and it hopes to bring this chapter of our nation’s history to a whole new audience—so that we may never forget the struggle of a man who lived and died for the freedom of this country. 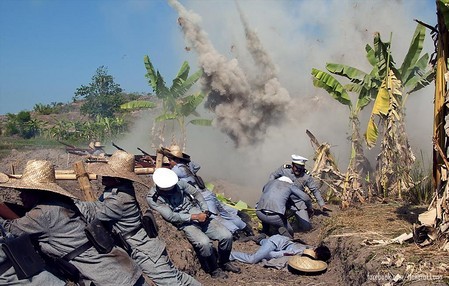 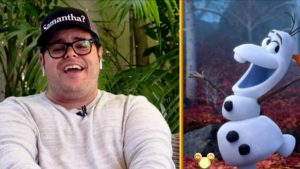