Filming this year’s Award Winner for Best Picture “Birdman” for that also won Best Director (Alejandro González Iñárritu) was one of the most challenging and rewarding experiences of Michael Keaton’s (also this year’s Oscar nominee for Best Actor) career.

Filming this year’s Award Winner for Best Picture “Birdman” for that also won Best Director (Alejandro González Iñárritu) was one of the most challenging and rewarding experiences of Michael Keaton’s (also this year’s Oscar nominee for Best Actor) career. 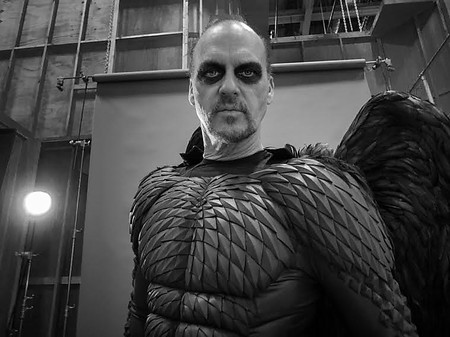 Along with a very impressive cast, Keaton stars as Riggan Thomson, an actor who once starred as Birdman, a comic book superhero, which brought him fame and wealth but damaged his credibility whilst inflating his ego. He was a huge star but now that star is on the wane. Keaton himself played The Caped Crusader in two Batman films for Tim Burton.

Thomson is trying to ignite his flagging career and regain some credibility – and impress his troubled daughter Sam (Emma Stone) – by staging a Broadway production of a Raymond Carver short story, What We Talk About When We Talk About Love.  Riddled with doubt and insecurity, Thomson’s fears are articulated by his alter ego – the Birdmancharacter who appears, in full costume, to pour scorn on his efforts as a theatre director and actor and tells him, in no uncertain terms, that he is still a movie star who shouldn’t be wasting his time on a play.  When he loses his leading man in a bizarre accident, Thomson decides to recruit bad boy actor Mike Shiner (Edward Norton) who is undeniably talented but insufferably arrogant and only adds to his insecurities as opening night approaches. 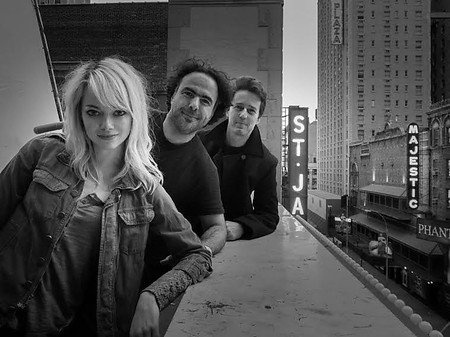 Shiner also flirts outrageously with Thomson’s daughter Sam (Emma Stone) causing even more tension between the two battling alpha males. Zach Galafianakis – usually to be found in much broader comedies like The Hangover – is pitch perfect as Riggan’s long suffering agent, Jake, who warns him that he’s in the last chance saloon and that his play needs to be a hit to save his career.  Andrea Riseborough is the neurotic Laura, an actress who is in a floundering relationship with Riggan who is less than thrilled with his reaction when she tells him that she might be pregnant. Naomi Watts is Lesley an actress who, just to add to the mayhem, is in the play and in a difficult personal relationship with Shiner. Amy Ryan plays Thomson’s ex wife, Sylvia.

When asked about one of the most memorable scenes in the movie where he was locked out of the theatre wearing only his briefs, Keaton shares that “This is the amazing thing about actors, I think – I think; I don’t know, I guess I’d have to ask other actors, but they just do these things but maybe you don’t take it in when you first read the script. ‘Okay, I might have an idea of what to do there,’ and you turn the page and he’s locked out, in his underwear, running through Times Square, and then you go to the next scene, and you read the whole thing, and you go, ‘Oh, that’s going to be funny.’ Then you start making the movie and you’re there, and you don’t even think about taking your clothes off and then when you’re about midway through, you kind of go, ‘Wait a minute, it never occurred to me that this was a crazy idea.’ I mean, it did, but you went, ‘Oh that’s going to be funny, I think. I hope I can make that funny and be believable. It never enters your mind that you might not want to do it. You don’t even think about it. And then you do it! And you’re running through it, and people are looking at you and you go, ‘Wait, I’m walking by people in my underwear, with little black socks on, in the middle of Times Square. This is insane!’ What kind of job do I have? How crazy is that? In fact, there were other scenes that I worried about a whole lot more than that.”