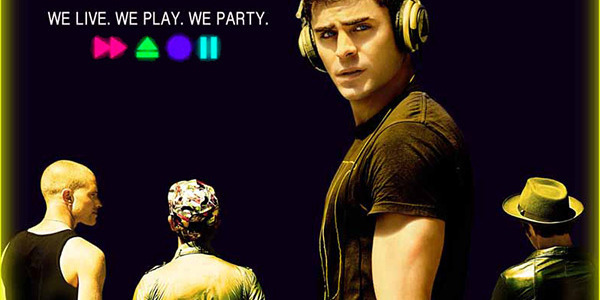 Slight but Earnest, ‘We Are Your Friends’ is Worth a Spin

The film is essentially the story of the creation of one track, that mythical song that will rocket Cole to stardom. We Are Your Friends takes on the challenge of telling a story about an easily dismissed generation. Cole (Zac Efron) dreams of becoming a big time DJ. He and his friends dream of leaving the San Fernando Valley through party promotion, but it hasn't been working out. Just as his friends start giving up, Cole meets superstar DJ James Reed (Wes Bentley), who becomes a mentor to him. Soon Cole is torn between two worlds, his friends feeling left behind as he comes closer to achieving his dreams. Further complicating matters is his attraction to Sophie (Emily Ratajkowski), James' personal assistant and girlfriend.

The film is essentially the story of the creation of one track, that mythical song that will rocket Cole to stardom. But beyond the plot lies a depiction of a generation in a very particular place. Cole and his friends live on the fringes of fame, with only vague ideas about what it means to "make it." They have stars in their eyes, their ambitions driven by other young people that somehow became rich without having to engage in the traditional economy. They only deal in the fantasy, their work taking place in the artificial environment of clubs, which seem to function on a very different set of rules.

It's fairly interesting, but the film does go far enough in exploring the lives of these young people. There are only hints of their home life, no real scenes that show them engaging with people of other generations. It only seeks tension in the creeping realization that everything they were promised may not actually be real. The film ends up spending too much time investing in the relationship between Cole and James, which doesn't feel as vital as the stuff that's going on between Cole and his Valley friends.

Eventually, the film makes a bid for a greater purpose, earnestly stumping for connecting to the real world in a meaningful way. The film doesn't quite get this through, but it does manage to put together a couple of surprisingly affecting sequences that drive at that idea. The film is occasionally visually interesting, particularly when it decides to address the audience directly. An aggressive, beat-driven edit combines with typography and graphics to explain certain concepts in a fairly effective way. And there is one drug-fueled sequence that nicely escapes the confines of casual reality.

That doesn't quite acquit the film of its slightness, however. The one main female character isn't so much a person as she is a plot device, facilitating the growth of our male protagonist. The film actually finds little room for women in this world, aside from being sexual objects. Emily Ratajkowski is fetching, and this is all that really matters to this film. Efron is solid in the lead role, and actually manages to make DJing look like an emotional experience. Wes Bentley is particularly entertaining in this film, channeling a weariness that tells the story of his character better than the script.

We Are Your Friends is ultimately too slight to matter, but it can't be dismissed outright. It isn't quite the rallying cry of the millennial generation, but somewhere in that slightness lies an earnest yearning to be understood. And though the message comes out a little confused, it might still be worth a listen. This is, at the very least, a film with a real heartbeat, and it wouldn't be a bad thing to try and dance along.

We Are Your Friends