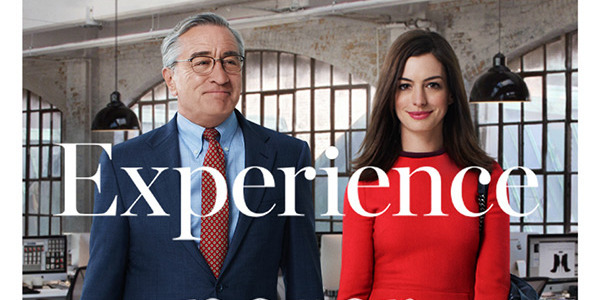 Underneath the Cuddliness of ‘The Intern’ Lies a Curmudgeonly Heart

The movie is essentially about how much these crazy young people have to learn from the previous generation. The Intern presents itself as a cuddly little tale of a female tech CEO and her unlikely friendship with a seventy-year-old man. And there is enough charm from the amazing lead actors to make it seem that way. But there is a tinge of condescension in all of this. The film portrays an entire generation of lost souls, with their untucked shirts and desperate situations, all of them finding the solutions in the perfect wisdom of a man from a previous generation.

Seventy-year-old Ben Whitaker (Robert de Niro) isn't satisfied with retired life, and so he applies for the senior internship program of a rising Internet startup. He is assigned to work directly under the company's overworked founder and CEO Jules Ostin (Anne Hathaway). At first Jules is resistant to the idea of having an old man as her intern, but after a while Ben proves to be indispensable. Slowly, his old school style starts to win her over, and he unexpectedly becomes a big part of her life. He offers her wisdom that centers her as she goes through several person crises.

Underneath the cuddliness of the plot lies a curmudgeonly heart. The movie is essentially about how much these crazy young people have to learn from the previous generation. It ridicules millennial males for not tucking in their shirts and not shaving everyday. Ben isn't a living, breathing character: he is a symbol of idealized baby boomer manhood as viewed through the blurry lens of nostalgia. He is a cute old man who wears a suit and bears none of the bad qualities that one may think of when considering the boomer generation as a whole.

And as he is the main character of the film, this makes for a pretty boring story. If the main character is incapable of doing wrong, then there isn’t much of a story to tell at all. For most of the film’s bloated two-hour runtime, there isn’t really much going on. An unexpected, low-stakes heist sequence in the middle of the film provides a burst of energy, but the rest of the film is pretty sedate. It’s really is mostly a lecture, a depiction of a world of young people who don’t know what they’re doing, and need the help of an elderly old man in order to get their lives together.

The film does feature a slick production package. The production design in particular really gives life to the scenes. They at least provide the settings with a measure of personality. It ought to be noted that the film is set in Brooklyn, but the film seems to make no effort to portray the diversity of the area. To be completely fair to the film, it does make a lack of incident feel pretty breezy. A lot of this can be chalked up to Robert de Niro and Anne Hathaway. The two are just stellar actors, and they keep elevating the material no matter how dire it gets.

The Intern could have gone a long way into fixing its problems by just making its lead character more of a human. The warmth that de Niro brings to the role helps a lot, but in the end, he’s just a magical creature who holds all the answers. It might have been nice if this old man had actually learned something, if he had perceptions that needed to be changed. But the film doesn’t think that the previous generation has anything that needs fixing. It is only these crazy millennials with their Internet and their texting that are so remarkably flawed. 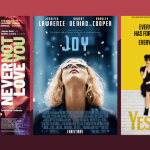 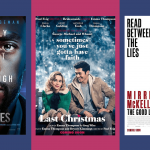 Considered as the master filmmaker of the romantic-comedy genre with a prominent female perspective, writer-director Nancy Meyers (“It’s Complicated,” “Something’s Gotta Give,” “The Holiday”) is back with another heartwarming comedy, “The Intern” starring Oscar-winners Robert De Niro and Anne Hathaway.