Spectre finds British secret agent James Bond (Daniel Craig) following up on the last message left to him by the previous M. Bond goes Rogue as he covertly goes on the trial of a criminal organization secretly behind every major act of villainy that the spy has encountered over the last few years. Bond soon discovers that he shares a strange history with the mysterious leader of this group. Meanwhile, back in London, the new M (Ralph Fiennes) fights to keep MI6 in existence as an ambitious bureaucrat puts together a massive surveillance program meant to replace the 00 program.

There is a philosophical struggle at the heart of Spectre. On the one hand, it depicts an outrageous conflict of supervillainous proportions, one couched in the overly genial aesthetics of the classic James Bond film. But the film also tries to keep a foot inside the real world, the film burdened with political machinations and a theme built on real world concerns over the depersonalization of war and conflict. The film is kind of fun when all is said and done. But the struggle does assert itself several times throughout the film, and it makes for uneven viewing.

Great effort has been put into tying all the Daniel Craig Bond films together, and it all comes to a head in this picture. And to be honest, it doesn’t feel like it was worth the effort. When the film makes its big revelations about who the villain is and what his connection is with Bond, it all just feels terribly contrived and emotionally inert. These revelations end up forming the dramatic backbone of this story, which means that the film doesn’t offer much in that regard. The film is much better out of context, when it’s just about the immediacy of the action. The opening sequence in Mexico City, for example, is beautifully put together, fully encapsulating what a modern Bond movie can deliver: it’s thrilling, it’s sexy, and it’s couched in incredible technique. The direction from Sam Mendes is as good as it’s ever been. The film doesn’t look quite as good as Skyfall, but it comes close.

So much of this film, though, is concerned with the past. The story goes deep into the main character’s past, forming connections where there were none before. And the film goes out of its way to feel more like a classic James Bond picture. There are references to the vast history of the series, and this film is much more into deathtraps and monologues than the other recent entries. The callbacks to the earlier eras of Bond are kind of fun, but they really do stick out a bit within this more modern milieu. It just makes the villain seem a lot less dangerous than he ought to be.

Because instead of just shooting Bond, the film’s villain seems intent on talking him to death. The climax of this film is just plain stupid, the villain apparently investing the time in setting up an elaborate show for Bond, which at one point involves printed out pictures of dead people staring out at him in the darkness. It’s thematic, I suppose, but it seems to contribute little to the main aim of defeating the spy. It’s the kind of thing that might have worked in a sillier era of film, but it feels dumb in a film that talks about drones and surveillance and the morality of killing in a time of war.

But it isn’t all bad. Daniel Craig is still an excellent Bond, and here he’s able to play with a greater sense of irony. Lea Seydoux is a formidable talent as well. The role is a little underwritten, but she pushes through it with real steel. Monica Belluci isn’t in this movie for very long, but she’s incredible for as long as she’s in it. Christoph Waltz was born to be a Bond villain at some point, and he brings his usual sense of cultured threat to the role. He makes a stunning entrance into this film, but he does start to feel more out of place as the plot continues to keep one foot in the real world.

Spectre is kind of tough to judge. It feels kind of fun, but not nearly fun enough. Its villainous plot feels downright abstract, the film’s grounded themes keeping it from really becoming something compelling on screen. There are plenty of great sequences, but they exist alongside a misguided effort to tie together the mythology of these recent films. One can easily recommend this film for the sheer spectacle. It is just that the package as a whole is much more uneven than one would probably like. The film feels like it is at a crossroads, and it can’t decide which way to go. 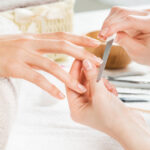 Treat yourself to a day of pampering at Shangri-La Plaza 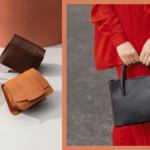 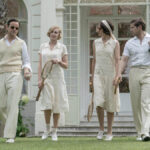