The Los Angeles Film Critics Association has named Michael Fassbender as the year's best actor for his bravura portrayal of the real-life, titular character in Universal Pictures' “Steve Jobs.”

The Los Angeles Film Critics Association has named Michael Fassbender as the year's best actor for his bravura portrayal of the real-life, titular character in Universal Pictures' “Steve Jobs.”

The recognition bodes well for the actor, who's seems to be en route for a second Academy Award nomination, following his nod for “12 Years a Slave” three years ago.

Among the critics who championed Fassbender was Kenneth Turan of The Los Angeles Times, who writes in his review, “Though the film he stars in is very much a group effort, it is hard to imagine `Steve Jobs' without the magnetic Fassbender, who eats parts like this for breakfast, in the starring role. His Jobs is a man of enormous self-confidence, driven like nobody's business, whose powers of persuasion are so overpowering his employees talk about the `reality distortion field' he is able to create around himself and his ideas.”

Variety's Justin Chang also has praises for Fassbender, writing, “In this unabashedly fictionalized context, Fassbender overcomes the obvious casting hurdle and delivers a performance as enthralling and fully sustained as any on his estimable resume. That the actor is onscreen at every minute makes it all the better that it’s impossible to take your eyes off him, or your ears: This is an actor who knows exactly how to toss off Aaron Sorkin’s dialogue, emphasizing rhythm and inflection over volume, while embodying confidence and authority in his every atom.”

Set backstage at three iconic product launches and ending in 1998 with the unveiling of the iMac, “Steve Jobs” takes us behind the scenes of the digital revolution to paint an intimate portrait of the brilliant man at its epicenter.

Opening across the Philippines on January 13, 2016, “Steve Jobs” is distributed by United International Pictures through Columbia Pictures.

The new trailer of Universal Pictures’ highly anticipated biopic, “Steve Jobs” from Oscar-winning director Danny Boyle and starring Michael Fassbender in the title role, is now online and may be viewed here at ClickTheCity. 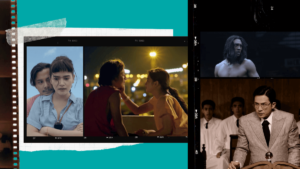