Several stories of people pursuing the goal of love.

Beauty and the Bestie

A secret agent recruits his old best friend to help in his mission to defend a beauty pageant contestant.

A magical store in Manila gives people items that prove to be the solution to their problems…for a price.

A family moves into a new house that's near a dark secluded forest and finds themselves fighting for their life against attacks from demonic creatures living in the woods.

A man must revive his long-buried past in order to keep his family from harm.

A nerdy boy falls in love with a girl, and getting in the way of their blossoming relationship are their controlling parent figures who themselves have their own issues.

A police investigates a series of brutal murders that appear to have something to do with a supernatural presence.

A screenwriter struggling to find inspiration has her life turned upside down when an ex-boyfriend suddenly comes back into her life.

While you're planning your MMFF viewing priorities, don't forget to check our list of holiday mall hours for your dining and last minute shopping in between movies!

‘NIlalang’ Looks Amazing, but is Not Amazing

It just keeps trying to string together a bunch of theoretically “cool” scenes, hoping that the technical prowess can compensate for the deficiencies in the story.

‘Haunted Mansion’ is a Lot of Setup for a Nonsensical Climax

The sequences in the climax are set up for convenience, the threat as invincible or as vulnerable as the story needs it to be.

A Sincere Heart Fuels ‘All You Need is Pag-Ibig’

It offers interconnected stories of people falling in and out of love, pursuing their happiness as they wade through the complex feelings they might have for other people.

‘Beauty and the Bestie’ Thrives on Absurdity

One could and probably should ask for more than this, but in this particular context the film is an exemplar of what this genre can accomplish.

People who aren't already fans of the two will likely be baffled, because without the context of their history and the circumstances of their coming together, it all just seems terribly forced.

‘Walang Forever’ Struggles with What it Wants to Be

The film seems to be conditioning the audience to accept where the film eventually goes, but it mostly does these scenes a disservice.

This is the film that you’ve been waiting for: a serious, smart piece of work that wasn’t just hastily put together to meet the festival deadline.

The production design is just terrific, with every set littered with compelling details. 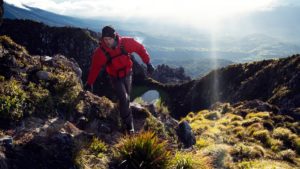 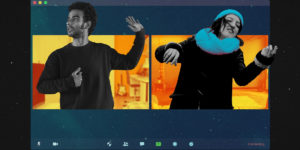