‘Spotlight’ Understands the Power of Journalism

The movie steers clear of sensationalizing that work as well, and so it is largely made up of scenes of people talking to other people, sometimes face-to-face, sometimes just over the phone. Spotlight takes place some time in early 2001 at the Boston Globe. Marty Baron (Liev Schreiber) has just become editor-in-chief of the newspaper, and is just getting the lay of the land when he asks Walter Robinson (Michael Keaton) to look into allegations of sexual abuse of children by a Catholic priest. Robinson is the editor of the Spotlight section, the newspaper's special investigative reporting team. His small team of reporters (Mark Ruffalo, Rachel McAdams and Brian d'Arcy James) digs into the issue, and discovers that the problem is much bigger than they initially thought. And at almost every turn, they learn just how difficult it is to go up against the Catholic Church.

Spotlight is a movie about a story. It tells a story of how one particular story was put together, digging into the details of how the Spotlight team worked to write what would eventually become an award winning series of articles that exposed the systematic covering up of sexual abuse perpetrated by priests in Boston. And it does so with very little flair for the dramatic. The most remarkable quality of the movie is how sober it is, how it hardly ever allows itself to make this work seem glamorous or heroic. It doesn't at all bother with the excesses of cinema. It has been said that the reward for good journalism is the work itself. This is a movie that seems to keep that in its heart, and it works beautifully because of it.

The movie mainly follows journalists doing the tedious work involved in getting to the bottom of a story. The movie steers clear of sensationalizing that work as well, and so it is largely made up of scenes of people talking to other people, sometimes face-to-face, sometimes just over the phone. Sometimes, the Spotlight team has to pore over mountains of documents, or search archives for specific stories that have already been filed. It may not sound very exciting, but the movie does an incredible job of turning the tedium into compelling cinema. It starts with building a very specific sense of place, the film's Boston a complicated web of ritual, relationships and religious ties. This isn't just about finding the truth. It becomes about uncovering a truth that no one wants to acknowledge.

The movie works as steadily as its characters. It's never flashy, its boldest visual moves mainly highlighting the looming presence of cathedrals in the city. The lighting is very flat, and though the production design does populate rooms with interesting details, the settings themselves just aren't all that interesting. But it all feels right, which is more important in the end. Strong editing puts all the pieces together, the story never difficult to follow in spite of the overwhelming multitude of details.

With the film so single-minded in its depiction of the work, it comes to rely heavily on the actors to fill out the details of these characters. They don't get big scenes that explain exactly who these people are, and so much more is needed from them to give life to these characters. In a few, short scenes, Liev Schreiber leaves a strong impression of the kind of person Baron is. Michael Keaton carries the film's emotional center as his character grows guilty over the newspaper's failure to get to the story earlier. Mark Ruffalo turns up the intensity for once, and delivers perhaps his most men performance. This cast just has no holes in it.

Spotlight doesn't get very fancy. Compared to some of the other big awards films this year, it feels kind of small. But this is not a bad thing. This movie isn't trying to wow audiences. It just wants to tell this very important story. It strips away all the things that might distract from the truth, and makes the case for simply going about the work, meticulously piecing together the details of a narrative that's actually important. The skill is evident in the storytelling, in the basic techniques that bring clarity and rhythm to the tale being told. And that should always be enough. This might just be one of the best films about journalism ever made, precisely because it mainly sticks to the tenets that make journalism so important.

Best Picture of the year SPOTLIGHT back in Cinemas

For a limited time you may now watch SPOTLIGHT, the Oscar pick for Best Picture, back at select cinemas: Eastwood, Gateway, Powerplant, Robinsons Galleria, and the newly opened Cinema '76.

Spotlight: Sex Scandals in the Church

The 6-Oscar nominated film, SPOTLIGHT, presents the brave and courageous group of newspaperman of Boston Globe in their search for the truth. The movie is based on the research that received the prestigious Pulitzer Prize Award. It is therefore based on true events. 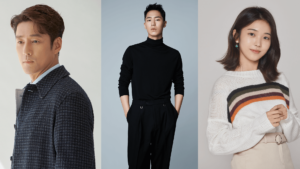