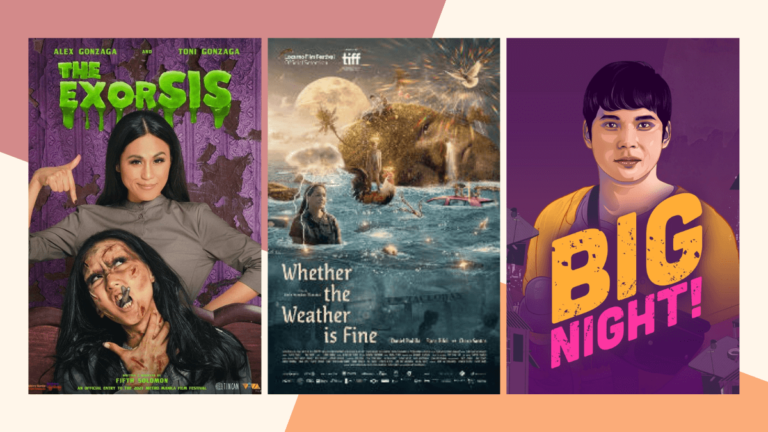 After going online last year because of the pandemic, the Metro Manila Film Festival is finally coming back to cinemas this holiday season! The festival will be kicking off on Christmas Day and will be running until January 7, 2022.

Just recently, the MMDA has announced the 8 films which will be screening at the festival. These films were chosen from 19 submissions and were judged based on artistic excellence, commercial appeal, Filipino sensibility, and global appeal. Check out the films screening at the MMFF 2021:

A Hard Day is the PH adaptation of the South Korean action thriller of the same name and centers on a detective who accidentally kills a man in a road crash. This further complicates a day involving the funeral of his mother and a quarrel with a fellow cop. It stars Dingdong Dantes and John Arcilla.

Big Night is a dark comedy film about a gay beautician named Dharna who learns that he is part of an Oplan Tokhang watchlist. Fearing for his life, Dharna tries to clear his name, enlisting the help of his community members. It stars Christian Bables, Eugene Domingo, Ricky Davao, Gina Alajar, John Arcilla, and Janice De Belen.

Huling Ulan sa Tag-Araw stars Ken Chan as a seminarian looking for a sign, while Rita Daniela plays an entertainer who is longing for more time. Their lives take a turn when destiny leads them together in an unexpected romance.

Kun Maupay Man it Panahon is set during and after the supertyphoon Yolanda and centers on a mother and her son who struggle for survival after the disaster ravages their entire region. The film stars Charo Santos-Concio, Daniel Padilla, and Rans Rifol.

Love at First Stream tells the story of a streamer, a student, a breadwinner, and a heartthrob as they escape their realities offline and explore love and friendship online. It stars Jeremiah Lisbo, Kaori Oinuma, Chico Alicaya, Amanda Zamora, and more.

Nelia follows a nurse whose gut feel are aroused because of the mysterious cases that are happening in the hospital she’s working at. It stars Winwyn Marquez, Mon Confiado, Dexter Doria, Lloyd Samartino, Dan Alvaro, Ali Forbes, Shido Roxas and Raymond Bagatsing.

The ExorSIS
Directed by Fifth Solomon

The Exorsis is a comedy-horror film starring Toni Gonzaga and Alex Gonzaga.

The Metro Manila Film Festival 2021 will be running from December 25 to January 7. For more information, you may check out MMFF’s official Facebook page.