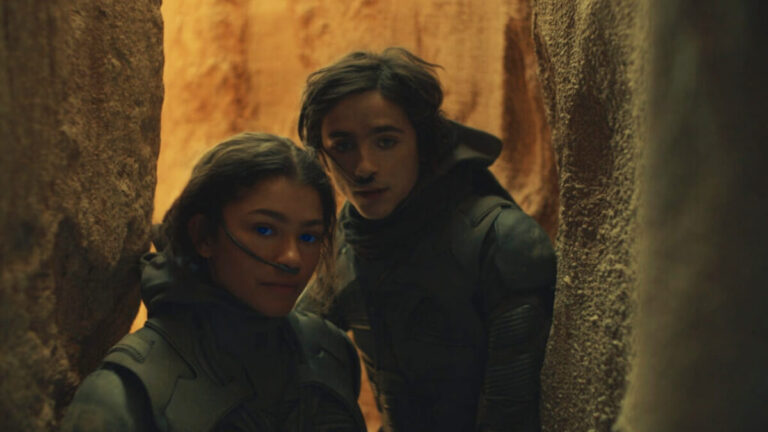 Catch it in Philippine cinemas this November!

Warner Bros. Pictures and Legendary Pictures’ Dune, from visionary filmmaker Denis Villeneuve, crosses the $300 million mark at the global box office today, with Monday’s numbers in North America topping more than $71 million and more than $228 million from overseas, and counting.

Watch the Dune vignette “Lead” below:

A succession of impressive #1 openings, coupled with strong word of mouth, had anticipation for the film increasing exponentially as the film rolled out around the globe.  The epic action adventure, based on the seminal Frank Herbert novel, kicked off the fall season to great fanfare at the Venice and Toronto film festivals before beginning its theatrical play mid-September.

Jeff Goldstein, President, Warner Bros. Pictures Domestic Distribution, said, “We are so thrilled that this one-of-a-kind cinematic experience has movie lovers, as well as lifelong fans of the book like Denis Villeneuve himself, eager to see ‘Dune’ as he envisioned it: on the biggest possible screen.  These terrific numbers, coupled with A- CinemaScore and a Certified Fresh rating on Rotten Tomatoes, show the film delivers and that audiences are going back for multiple viewings.”

Andrew Cripps, President, Warner Bros. Pictures International Distribution, stated, “From our first international opening in September, we could see that ‘Dune’ was both a critical and crowd pleaser.  The numbers have continued to bear that out as each market has opened and we look forward to a healthy theatrical play, with Australia and New Zealand yet to come as we head into the holidays.”

A mythic and emotionally charged hero’s journey, “Dune” tells the story of Paul Atreides, a brilliant and gifted young man born into a great destiny beyond his understanding, who must travel to the most dangerous planet in the universe to ensure the future of his family and his people. As malevolent forces explode into conflict over the planet’s exclusive supply of the most precious resource in existence—a commodity capable of unlocking humanity’s greatest potential—only those who can conquer their fear will survive.

In Philippine cinemas November 10, “Dune” is distributed by Warner Bros. Pictures, a WarnerMedia Company. Join the conversation online and use the hashtag #DuneMovie