In ‘The Greatest Showman,’ Everything is as Easy as a Song

‘The Greatest Showman’ touches a whole range of themes from the nature of what brings us joy, to what we deem as acceptable or not. It’s about embracing what is different, and it is also about fame and finding your place in the spotlight.

From just the opening song number, ‘The Greatest Show,’ ‘The Greatest Showman’ already promises a big, bold spectacle of singing and dancing. This is a film that is unashamedly a musical extravaganza with energetic and heart thumping songs from Academy Award winners Benj Pasek and Justin Paul (of ‘La La Land’). This is Hugh Jackman at his element, playing Phineas Taylor Barnum in his rags-to-riches story as he puts together the P.T. Barnum Circus.

The story moves quickly, the length of a long song number, from his youth to meeting the love of his life, Charity (Michelle Williams), their courtship to their wedding, and to their beginnings struggling with their two children. One song is all the film takes to set the stage for Barnum’s rise to a showman and making a living turning “freaks and oddities” into an entertaining show. 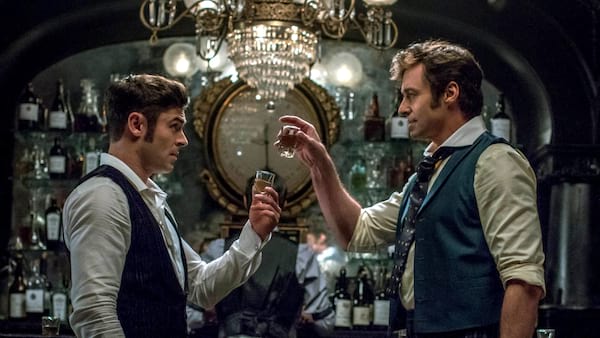 Again, the film makes these plot jumps in the course of a catchy song. The songs of Pasek and Paul are very anthemic and can get you on your feet. The first two acts of the film is a rush to quickly establish Barnum’s rise to set him up for his test of character that comes later on in the film.

‘The Greatest Showman’ is not deep, its values are clearly set and everything is black and white. Every song is an anthem (except for one or two), but the film embraces its lightness. From the get-go, it sets out to entertain. Director Michael Gracey pulls out all the stops to deliver amazing set pieces and high-energy choreography. There is even an intentional contemporary feel for both the songs and the movements to show how “ahead of his time, P.T. Barnum was,” but it suffuses the film with a power that reaches out into the audience. 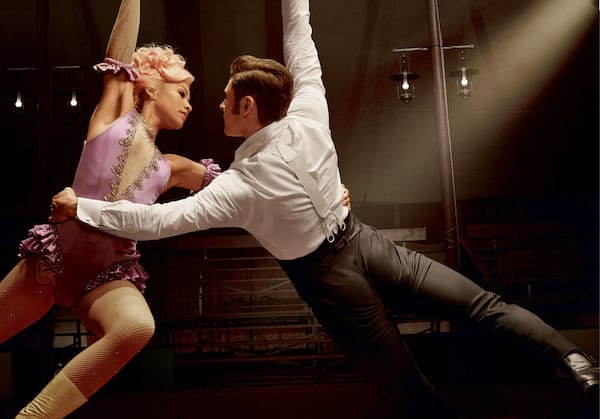 At the beginning, some of the dances seem excessive and so frenetic, but it starts to find its stride halfway through, with a lovely romantic duet with Zac Efron and Zendaya involving rope and aerial tricks. It only ever really slows down completely on a stirring ballad by Jenny Lind, an opera singer (played by Rebecca Ferguson and sung by Loren Allred) who Barnum invites to perform in America in a bid for legitimacy. It’s the only moment that Gracey shows his range in capturing a quiet, intimate moment.

At some point, I didn’t care anymore that the film is almost devoid of any real struggle. The performances are so sincere from Hugh Jackman to Zac Efron and a captivating Rebecca Ferguson that you give in to the magic of the moment. 'The Greatest Showman' finds its relevance in its celebration of diversity and the people on the fringes. The film becomes a declaration against social class snobbery and an old-fashioned view of what is “acceptable” in society. This is best seen in the song ‘This Is Me,' lead by the bearded lady, performed wonderfully by Keala Settle and the rest of Barnum’s “oddities and freaks.”

‘The Greatest Showman’ touches a whole range of themes from the nature of what brings us joy, to what we deem as acceptable or not. It’s about embracing what is different, and it is also about fame and finding your place in the spotlight. Sure, the movie doesn’t endeavor to get through the grit and the dark corners of its narrative but it promised a show, the greatest show, and that it delivers in full.

Sneak previews of “The Greatest Showman” have been set for January 22 and 23 before its nationwide release on January 31, 2018.

Follow that hat and sing to the tune of the latest and most fantastical musical ever to hit the screens this year – “The Greatest Showman” Sing-Along movie version starting February 7.

Zendaya Rewrites the Stars with Zac Efron in "The Greatest Showman"

Nurturing an impressive body of work that encompasses both film and television, Zac Efron has proven to be one of Hollywood’s most sought-after talents.

The sneak previews of “The Greatest Showman” have been set on January 22 and 23 before its nationwide release on January 31.

Step into the most thrilling world of showbiz and how it all began in the most anticipated musical “The Greatest Showman” overflowing with a talented cast that includes Hugh Jackman, Zac Efron, Michelle Williams, Zendaya, and Rebecca Ferguson.

WATCH: This is it! 'The Greatest Showman' Full Trailer Reveal

Brace for a deeply moving spectacle in the world of showbiz with the full trailer reveal of “The Greatest Showman”. Watch the official full trailer here at ClickTheCity.

Prep up for the most wonderful time at the movies as 20th Century Fox teases with the initial trailer of “The Greatest Showman”. Watch the trailer here at ClickTheCity.
0