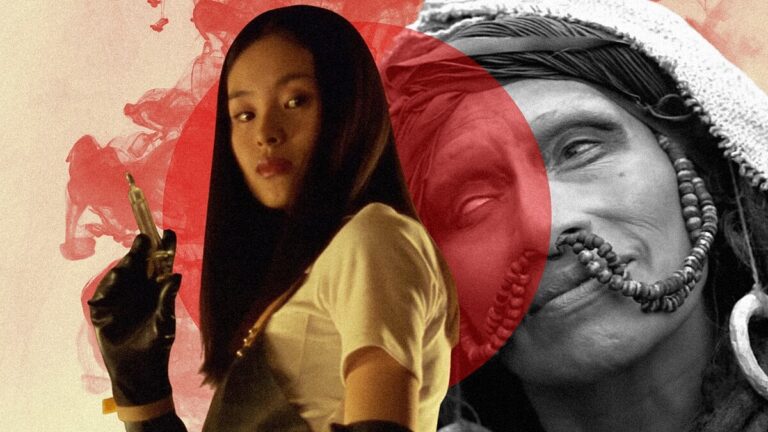 On this list, we've rounded up eight films that are so gut-wrenching, you better avoid watching them in your lifetime.

Most of us would agree that horror and thriller films are fun to watch. The edge-of-our-seat thrills we feel whenever the monster or murderer is chasing its victim, the gripping stories that are often sprinkled with interesting twists, and the shock factor for the occasional gore. But while many of us can enjoy the mainstream horror movies, there are also titles out there that even the biggest horror fans will probably wince watching.

These titles aren’t just bloody, they also push the limits of what cinema can portray when it comes to gore, torture, and other concepts that will surely disturb the viewers. On this list, we’ve rounded up eight such films that are so gut-wrenching, you better avoid watching them in your lifetime. But if you do try to watch them, remember that you’ve been warned!

College freshman Justine joins a group flying to the Amazon rainforest to protest against a petrochemical company’s plans to use a piece of the land for their operations. After the protest, they depart on a plane that crashes in the middle of the Amazon. Soon, they find themselves surrounded by a cannibalistic tribe that would feast on them one by one.

Cannibal Holocaust is the horror film that inspired The Green Inferno and kicked off the concept of found footage films. It follows a rescue team who travels to the Amazon rainforest to find a missing crew of filmmakers documenting the local cannibal tribes. The film was so controversial that it faced numerous controversies including rumors that the actors’ deaths were real– a claim that was later proven false.

This film that spawned a three-part movie franchise centers on a lurid concept– connecting multiple human bodies from mouth to anus to create a human centipede. The first film begins with Lindsay and Jenny, two American tourists in Germany who fall victim to Josef Heiter, a crazed surgeon who dreams of creating new creatures by sewing people together.

Before The Green Inferno, director Eli Roth already delivered shock through his Hostel films. The first film follows the three friends Josh, Paxton, and Oli who traveled to Amsterdam to get their dose of sex and drugs. After tracking a Slovakian hostel that’s rumored to serve just that, they find themselves captured by a businessman who is obsessed with body mutilation.

Starring Willem Dafoe and Charlotte Gainsbourg, this psychological horror film infuses gore with eroticism. It tells the story of a therapist and his partner who just lost their toddler in a tragic accident. They take a retreat at a cabin in the woods where the woman’s grief makes her seek forceful intercourse, while the man is visited by strange visions. As the two descend into madness, the film becomes more gut-wrenching for the viewer.

This disturbing Japanese film has been considered by critics as both feminist and misogynistic. It tells the story of the widower Aoyama whose film producer friend stages a fake casting to find him a new wife. During this audition, Aoyama’s attention is caught by Asami Yamazaki and the widower begins to pursue her. But Asami will soon reveal her twisted need for love, which if not satisfied, turns her into a violent maniac.

This Italian film was completed just weeks before its director was murdered. Set in the fascist Republic of Salò, the movie centers on four powerful men– the Duke, the Bishop, the Magistrate, and the President– and the eighteen teenagers that the four men have subjected to psychological, physical, and sexual torture, as well as other dehumanizing acts.

ALSO READ
Fright Fest: 8 Nail-Biting Horror Films on Netflix
This is the Scariest Movie According to Viewers’ Heart Rates