‘Maze Runner: The Death Cure’ is Epic for Epic’s Sake

The film takes itself too seriously in presenting the finale of this saga as an epic, without any time given to truly sit still for a moment to really bring out the emotions originally formed from the first two films.

On the finale of the Maze Runner saga, ‘Maze Runner: The Death Cure’ is epic in size and scope. The action scenes are elaborate and relentless, and it gets bigger and bigger as time stretches out over its two hour and twenty-two minute running time. But the biggest flaw of the film is that it has been three years since ‘Maze Runner: The Scorch Trials,’ and we hardly remember a thing about it.

‘Maze Runner: The Death Cure’ is working with all the emotional weight of its predecessor, which is well and good, except it has been so long since the last movie and the most memorable things about ‘Maze Runner: The Scorch Trials’ were the action sequences in the fallen buildings of a ruined Earth. We’ve forgotten who certain characters are and where the drama is coming from. 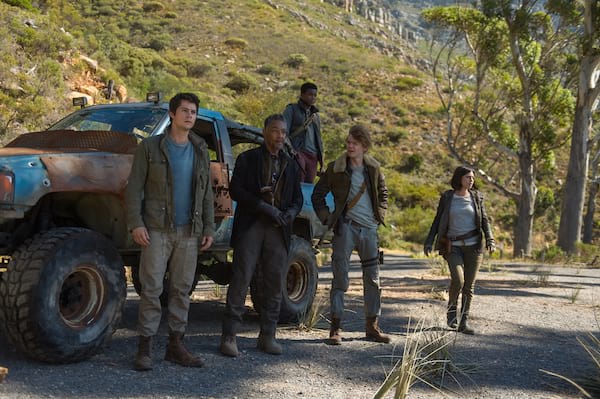 The film begins with a train heist as lead character Thomas (Dylan O’Brien) attempts to rescue the other survivors of the maze, hoping to rescue his friend Minho (Ki Hong Lee) and the other Gladers, and as seen on the trailer, it involves explosions and helicopters and lots of gun fighting. There’s a lot of tension and drama going on but I’m not reminded why. I remember liking the Minho character but it isn’t grounding on anything concrete.

The film carries on in this manner as Thomas and his band must now go to the last city left on Earth, a city that is run by the enemy, WCKD. The sheer magnitude of the city goes against what little I remember from the first two films and the film’s internal logic struggles to hold water. If WCKD has the resources to build the mazes, many of them, and a city of this size and technological advancement, it is kind of hard to imagine that they haven’t managed to survive better.

But the film moves along its plot anyway as Thomas and his team fight the infected humans, the elite forces of WCKD, and one of their own, Teresa (Kaya Scodelario), who has returned to WCKD to find a cure. This cure seems to be the reason for everything but, in between all the action and drama, it seems the least important aspect of the narrative. 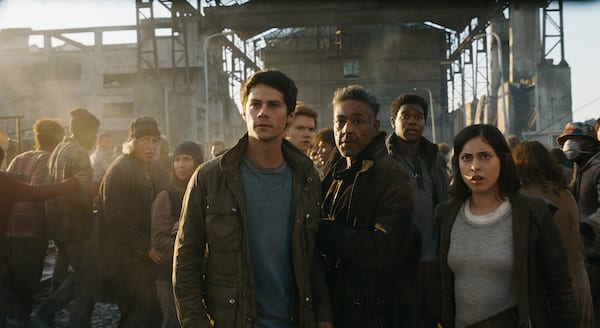 There’s more to do about getting into the city, figuring out how Thomas really feels about Teresa and her betrayal, and finding all the lost Gladers that the film’s attempt to make a social commentary against the 1% falls on deaf ears. Those in the city live good lives, and there’s even themes of revolution and bringing down the inequality that ravages the land. But it all seems so pointless because the heaviness is drawn towards Thomas and his friends.

They pulled out all the stops on ‘Maze Runner: The Death Cure’ — from the crowd scenes and the gun fights and the intricate and very involved action sequences that fill up over two hours of the film’s running time. And if that’s your thing, then that’s fine. But the film takes itself too seriously in presenting the finale of this saga as an epic, without any time given to truly sit still for a moment to really bring out the emotions originally formed from the first two films. It never gets off the ground.

The highly-anticipated conclusion of the worldwide YA hit book-to-movie franchise “The Maze Runner” that was released in 2014 meets its final chapter in “Maze Runner: The Death Cure”

“Maze Runner: The Death Cure”, the third and final chapter of the massively-followed YA blockbuster book-to-movie franchise will open in Philippine cinemas on January 24.

The highly kinetic and global hit YA book-to-movie series “Maze Runner” comes in full circle in the final chapter “Maze Runner: The Death Cure” where the Gladers have finally caught up in the reality of their nightmare.

The movie poster of the action-packed YA third of a series “Maze Runner: The Death Cure” has just been dropped hinting catastrophic blow with its caption that reads – Every Maze Has an End.

In the epic finale to the Maze Runner saga, Thomas leads his group of escaped Gladers on their final and most dangerous mission yet. To save their friends, they must break into the legendary Last City, a WCKD-controlled labyrinth.
0