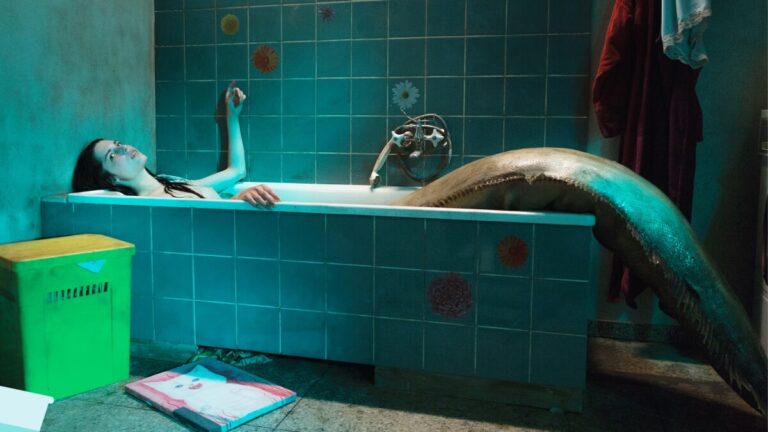 This year, Cine Europa brings 17 films from 15 EU Member States for FREE and are accessible right at the flick of your fingertips!

The EU Delegation and the EU Member States Embassies together with Goethe Institut Manila, the Philippine-Italian Association, and Instituto Cervantes de Manila are proud to present Cine Europa 24 from September 1 to 29.

As we put premium on everyone’s health and safety, the pandemic did not stop the film festival but turned a challenge into an opportunity as we started screening online to reach all Filipinos.

This year, Cine Europa brings 17 films from 15 EU Member States for FREE and are accessible right at the flick of your fingertips upon signing up at www.cineeuropaph.com.

Despite the virtual environment, Cine Europa will maintain its strong relations with its loyal patrons including those from the various provinces across the country. Cine Europa continues to stand proud with its strong partnership with the Film Development Council in the Philippines.

The EU Delegation, the European Union Member States Embassies together with Goethe-Institut, Instituto Cervantes de Manila and the Philippine-Italian Association, have curated a set of award-wining films showing the diversity of the European culture.

The French film, “Les Parfums” is set to launch  Cine Europa on 26 August at 12nn. The funny film directed by Grégory Magne, revolves around diva Mme Anne and her new driver Guillame. A self-centered woman she is, Anne, is faced by his candid driver who respects her but at the same time is bluntly honest and dares to refuse her unreasonable demands. This comic story will surely make you laugh!

The other films you will find in this 24th edition of the film festival are:

1. Vlastníci (Owners) from the Czech Republic

Another comic film that will make you giggle. A story based on the play “The Society of Owners” will give the audience an insight of Czech mentality through funny moments…

A touching story about a seemingly impossible dream that comes true. The film drives a strong statement about equal value, disabled or not.

3. El Cuadro (The Painting) from Spain

“For three and a half centuries the enigma of Velázquez’s masterpiece Las Meninas has remained hidden. Can we solve its mystery now?”

O Que Arde is a captivating story of Amador, who just came out of prison, to live a quiet life until fire ruins it all. The film directed by Oliver Laxe is a Jury Prize winner in Cannes. It is also a co-production of Spain, France, Luxembourg.

5. The Lure from Poland

From Poland is the film, The Lure, a story about two mermaid sisters, half-human half-fish, end up performing in a nightclub. When one of them falls in love with a beautiful young man, they face cruel and bloody choices.

6. Nos Batailles (Our Struggles) from Belgium

Nos Batailles (Our Struggles), is an interesting Belgian film that will show you how Olivier juggles between the children’s needs, life’s daily challenges, and his job, after her wife abandons the family.

Trezon, a Hungarian film with an exciting plot and “full of unexpected twists, where nothing and no one is what they seem to be.”

8. Vores mand i Amerika (The Good Traitor) from Denmark

“Denmark’s neutralist policy is a delicate thing” a film by Christina Rosendal that was released in 2020.

9. I Doulia tis (Her Job) from Greece

I Doulia tis (Her Job) from Greece, relates a story of a working mother, Panayiota who is trapped within a domestic environment that prevents her from achieving independence but gets an opportunity to get a new life. Sadly this is prematurely pruned…

La Madre (The Mother) is an Italian film that talks about passions, sufferance, and torments of a priest, his mother and one of his parishioner. Originally set in a rural Sardinia by Grazia Deledda (author of the novel), it is moved by the filmmaker, Angelo Maresca to the metaphysics setting offered by the EUR building, in Rome, where everything is either black or white.

11. The Warden from the Netherlands

From the Netherlands is The Warden, a story of an old man who has been the warden of a bird sanctuary for almost half a century on a tiny island in the middle of the ocean. One day he receives notice that his posting will be discontinued. His happy life – in and alongside nature – comes to an abrupt end. But the warden refuses to accept his dismissal. Determined not to leave, he decides to fight back in his own way…

Einer wie Erika (Erik and Erika) from Austria is a true story of Erik Schinegger, a world champion skier and his life as a woman, his ultimate transition to manhood and his fight for recognition in an age where there was no place in the social dictionary for a word like “transgender”.

Acasă (My Home) is a Romanian film directed by Radu Ciorniciuc and recently released in 2020. It is a powerful narration of a family who lived calmly with nature in Bucharest until they are chased out and forced to adapt to life in the big city.

Aurora from Finland focuses on: immigration and addiction. It is an enjoyable dramedy from Finnish Lapland.  Conditional love between Aurora and Darian is needed to stop them from running.

The German film Kokon (Cocoon) was released in 2020 and is directed by Leonie Krippendorff. It is an adventurous story of Nora, a shy 14-year-old Berlin girl, making her way into adulthood.

Das Vorspiel (The Audition) tells a story of Anna’s passion for violin that has gone to the borders of breaking her family. Her competitive spirit is faced by her own failure. This a co-production film between Germany and France.

Check out the full schedule here:

Come and register at www.cineeuropaph.com and watch all these exciting films!