Margot Robbie Gives an Oscar-worthy Push in ‘I, Tonya’

Just like Tonya Harding in ‘I, Tonya,’ Margot Robbie gave it her all, and this is a role she will be remembered for until her next great role comes.

When I first saw Margot Robbie in ‘Wolf of Wall Street,’ I knew she was bound for an Oscar sooner or later. Four years later, she’s nominated, bringing to the screen the controversial American US champion figure skater Tonya Harding. And for some strange reason, I find that it should have been sooner.

There’s a lot that Margot Robbie has to contend with in ‘I, Tonya,’ from the ingenious direction of Craig Gillespie, to the captivating script of Steven Rodgers, to the wonderful pulse of the film’s editing, a magnificent supporting cast, and a crazy story based on actual events.

‘I, Tonya’ is a retelling of Tonya Harding’s life story from growing up poor and uneducated with an abusive and domineering mother (played by Allison Janney), who bullied her into becoming a world-class figure skater, a US national champion, and a silver medalist in the World Championship. It chronicles her abusive relationship with her first husband, Jeff Gillooly (played by Sebastian Stan), and how he inadvertently ordered a hit on Harding’s competitor, US figure skater Nancy Kerrigan. 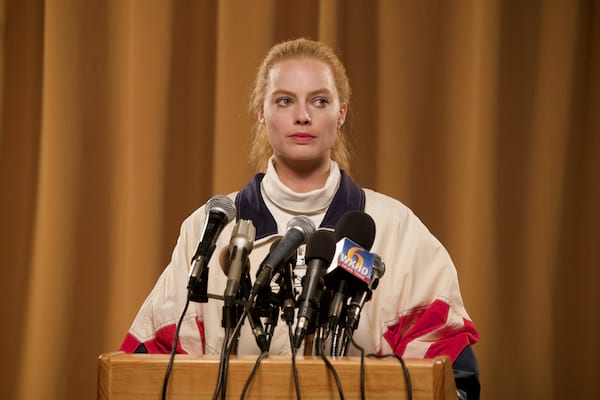 The film straight up tells you that it is based “on irony-free, wildly contradictory true interviews with Tonya Harding and Jeff Gillooly.” What scriptwriter Steven Rodgers did is create a story with unreliable narrators, the narrative framed by the characters in their present recounting the events from memory and with their own commentary, sometimes even breaking the fourth wall in the reenactment of these occurrences.

While Tonya Harding’s life is painted with much suffering — an abusive mother and an abusive husband — the film presents these in the genre of comedy, making fun of these events. But because of their violent nature, it is shot almost like an action film. The effect is jarring and it doesn’t give you a chance to actually absorb properly the circumstances of Tonya’s life. 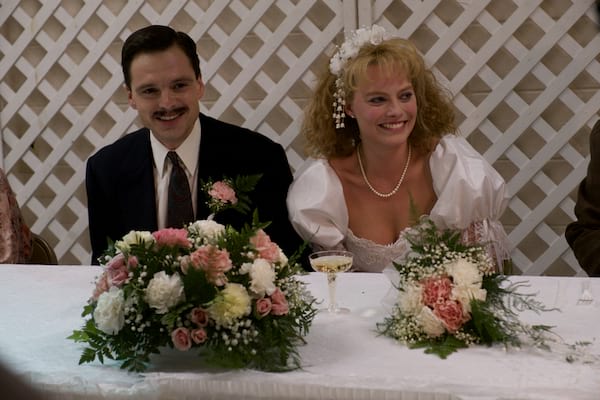 It makes fun of her painful upbringing and her lack of education but celebrates her hard work and athleticism that you root for her and feel sorry for her at the same time while suppressing a laugh at the absurdity of it all.

Outside of the filmmaking in itself, this is achieved by the brilliant performances of Stan, Janney, and Robbie, the latter two earning an Oscar nomination and Janney winning Best Supporting Actress at the Golden Globes and the Screen Actor’s Guild Awards for her portrayal of the cold, brutal mother with a heart of stone.

But this is all Robbie’s movie, from start to finish, as she faces straight into the audience and takes charge of all the swirling emotions that Harding must come to grips with as she is mistreated, loved, hated, and torn apart by the circumstances that surround her. It’s an amazing performance, including an almost quiet scene Harding has right before her second shot at the Olympics, after the attack on Kerrigan where she puts on make-up and she stares out into the screen as if it were a mirror and tries to compose herself. It’s a breathtaking display of her immense skill and vulnerability.

I had thought that Frances McDormand was the frontrunner for Best Actress after seeing 'Three Billboards Outside Ebbing, Missouri' but now I think the award should go to Robbie. But based on how the awards shows are being covered, it would probably go to Soairse Ronan first for 'Lady Bird' before they give it to Robbie.

But just like Tonya Harding in ‘I, Tonya,’ Margot Robbie gave it her all, and this is a role she will be remembered for until her next great role comes.

Breaking the Ice with Craig Gillespie