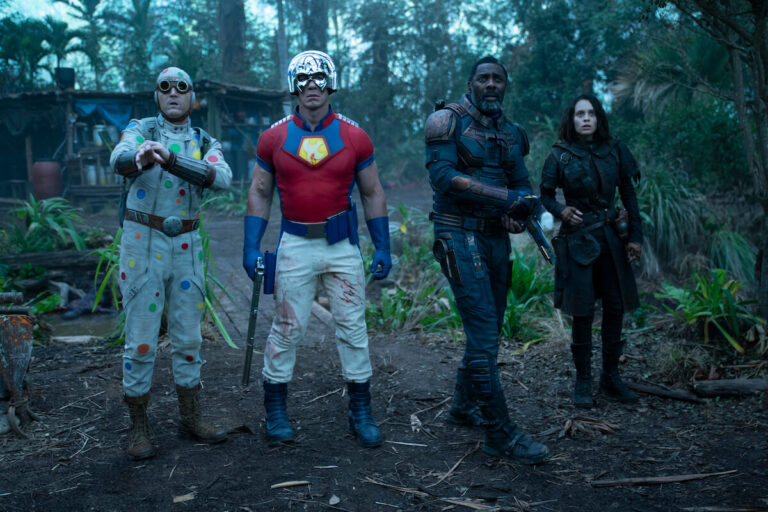 Humanity in an Inhumane World: a review of ‘The Suicide Squad’

This standalone 'The Suicide Squad' movie is its own film that takes the no longer fresh concept and turns it on its head in the most surprising, hilarious, and enjoyable ways.

Warner Bros. and the creators of this new iteration of ‘Suicide Squad’ wants us to know that this is not a remake, a reboot, or a sequel. While some characters from the past installment return with the same actors (Viola Davis as Amanda Waller, Joel Kinnaman as Colonel Rick Flag, and Margot Robbie as Harley Quinn), they are new spins to them. With writer/director James Gunn at the helm, this standalone ‘The Suicide Squad’ movie is its own film that takes the no longer fresh concept and turns it on its head in the most surprising, hilarious, and enjoyable ways.

Using villains as protagonists is not a new concept. Shifting the perspective, or giving them a strong enough motivation, so as to turn them into heroes (or heroic) isn’t an original story, either. But Gunn treats ‘Suicide Squad’ like a satire and presents us an inhumane broken world with evil governments and no heroes in sight. There’s a mention of Superman here but none of his idealism and optimism pervades into this story. The film is highly political if you dig beneath the hilarious banter and comedic situations, the exciting and comic-book like action sequences, and crazy characters.

Gunn and company never try to excuse or forgive the members of Suicide Squad, even if they are the protagonists of this story. If they are not criminals, guilty of whatever it is they are at Belle Reeve for, they are cold-blooded killers or downright insane. The ones who aren’t insane don’t want to be there and don’t want to do the mission but they don’t want to die either so they don’t have a choice.

The genius of Gunn and his amazing cast is how they manage to sneak in very wonderful moments of humanity amidst the high body count and inexcusable violence committed in the fictional country of Corto Maltese. While the film is not above using the Suicide Squad as a social commentary on America’s bonehead geo-political ‘shoot first, explain later’ attempt at “world peace,” by taking its time to establish certain characters’ relationships with each other the film finds a human heart that keeps the film from being all fluff.

At the center of this is Daniela Melchior’s Ratcatcher 2 and the way with which she connects with Idris Elba’s Bloodsport and Sylvester Stallone’s King Shark. Margot Robbie’s Harley Quinn has a moment to revel in being a contemporary feminist icon in the unexpected ways in this film, a character with no apparent need for a backstory since the film never bothers to rehash her story. It takes us for granted that we already know it, and this is my favourite version of Harley Quinn by Margot Robbie so far.

What makes the film work is that there is a self-awareness to it: there’s a play on the ‘Armageddon’ heroes’ walk but instead of inspiring awe the way Michael Bay first imagined it, James Gunn subverts it by making it hilarious with the colorful costumes and the context of knowing who these people are; it’s exaggerated visual style and comic book energy that even uses an inventive use of in-scene effects to create chapter headings for the film; and a thrilling 12-minute cold open that’s meant to ingrain into us that nothing is what it will appear and to expect the unexpected and delivering the goods.

And while the hilarious banter between Idris Elba and Michael Cena is enough reason to watch this film, everyone knows when to push to the other end of spectrum to give it gravitas when it’s needed. Case in point: the short scene in the trailer between Davis’ Amanda Waller and Elba’s Bloodsport. They take it seriously when they have to to establish the stakes. It makes for a very enjoyable and wild ride.

As much as I laughed at the antics and marveled at the thrilling fight scenes, a thought stayed with me when the movie ended (and, yes, there’s an end-credit scene so stay until the end): ‘The Suicide Squad’ isn’t just a social commentary on the horrible prison system and how all governments have their own agenda. James Gunn’s ‘The Suicide Squad’ is also telling us that the world’s gone too far; that maybe the only way for us to stop ‘the bad guys’ is to stop playing nice. There are no innocents anymore. We’re all guilty of something. But even still, there’s humanity to be found in us all. And maybe that’s not so cynical, when you really think about it. 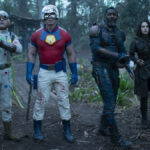 Meet the characters that make up the Suicide Squad! 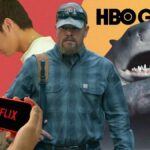 WATCH: 'The Suicide Squad' Clip Teases the Weird Superpower of The Detachable Kid

WATCH: It's Do-or-Die for "The Suicide Squad" in Film's First Trailer 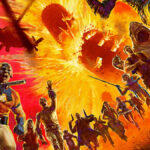 Buckle up for the ultimate character reveals and sneak peek behind the scenes from James Gunn's “The Suicide Squad,” straight from DC FanDome: Hall of Heroes!