Bold, resilient, with a nearly unwavering inner resolve that helps her meet any challenge. Add to that smart, relentless, honorable, vulnerable and human…and a complete badass. Those are just some of the traits the filmmakers were hoping to find in their Lara Croft for Warner Bros. Pictures' new action-adventure Tomb Raider. In Alicia Vikander, says director Roar Uthaug, they found them all, and more.

“What’s interesting to me about Lara Croft is that when she falls, she gets hurt, but she picks herself up and keeps fighting for what she wants,” the director observes. “In our film, that goes whether she’s in the boxing ring, a bike race, or a race for her life. Alicia is just as relentless, she doesn’t quit. She brings authenticity to every scene and such engagement to every part of the process. If it’s an emotional scene or a funny moment or a big action sequence, everything she does rings true.” 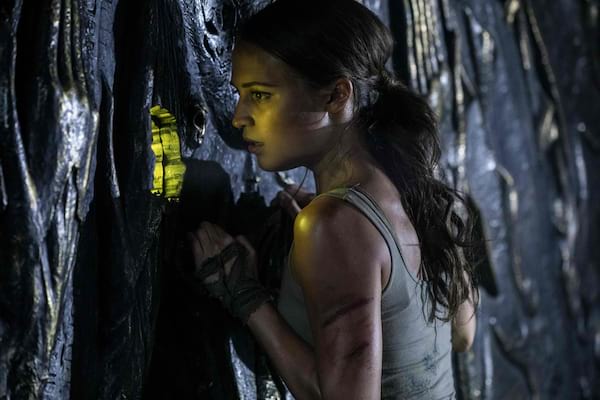 Vikander embraced the opportunity to work through the mental as well as the physical challenges her character faces, which are often intertwined as Lara pushes through one complication after another. “I was very impressed that the film included all the characteristics you see in her in the games,” the actress says. “For our purposes, she simply hasn’t had to use all those tools yet, and that’s what the film is about. It’s also nice to play a girl who takes up room, who dares to be loud and outspoken, yet open to showing her vulnerability. It’s all there, within her, and we get to discover it with her as she finds herself in situations that bring out her fears as well as her survival instincts, and the warrior in her.”

The epic feature Tomb Raider reveals an all-new origin story that not only takes audiences inside Lara Croft’s very first adventure, but also completely into the heart and mind of a character who, in order to find her place in the world, must connect her future with her past. The film explores not only the choices she makes but why she makes them, as we discover how she came to be one of the greatest and most popular action heroes of all time.

In the film, Lara’s journey really begins when she’s asked to acknowledge an “official” end to her father’s life. Feeling cornered, what the rebellious young woman accepts instead is one last puzzle box containing a clue to her dad’s fate, which leads her to believe things might not be so final, after all. What she finds will ultimately take her far from home, even to the farthest corners of the Earth.

Growing up, Vikander was also a player of the original Tomb Raider videogame, and an even bigger fan. “As a young girl, I didn’t have any videogames, so I was always very excited to go to our friends’ houses who did,” she recalls. “I remember when they played “Lara Croft,” what struck me was that I hadn’t seen a girl being the lead character in a game before. She was not only a woman, but she was extremely fierce, determined and capable, and that really drew me to her. Of course, I was only about ten, so I mostly spent my time in the game doing the training in the big Croft manor!”

Vikander, who naturally advanced her level of play as she became a teen and beyond, says, “When I heard about this film, I went and bought the newer games as well. It really felt like it was the essence of Lara from the earlier versions, but now we got to follow her from the beginning. For me, she’s like the superheroes and action heroes we love; by seeing their journey to become the ‘super’ versions of themselves, we get to feel close to them and get to understand them, emotionally.”

Director Discusses Bringing "Tomb Raider" Back to the Screen