Meet the ‘Mrs.’ and All The Celestial Beings of Disney’s ‘A Wrinkle in Time’

It's not too long now before we finally get to experience Disney's A Wrinkle in Time in cinemas! A film based on the classic science fiction novel by Madeleine L'Engle, the story centers on the journey of a girl led by three celestial guides who help her discover and embrace her own individuality. It explores the concept of time and space, light and darkness, good and evil, and the triumph of love.

Before the film premieres this March 14 when we all enter the magical world of Madeleine L'Engle's book coming to life, here's a closer look into the iconic characters you'll encounter in the movie.

Have a glimpse of who's who, and how they were first envisioned in the novel:

The eldest of the three celestial guides, Mrs. Which serves as the leader of the guides and the warriors in protecting all that is good and bright in the universe. She is also the wisest among them all, so she's always the one who gives clues and pieces of advice to the children in finding their father. She is portrayed by Oprah Winfrey in the film.

In the book, Mrs. Which is described to be just a shimmering gleam of light as she has a difficulty in materializing and her physical appearance is not always set. Her speech is long and prolonged, her lines written in a way that the consonants are repeated twice or thrice.

Mrs. Whatsit is the youngest of the three celestial beings who accompany the children on their journey. Youthful and free-spirited, she first appears on the Murry's doorstep wearing bed sheets she stole from a neighbor's yard. She's on her first mission as an interplanetary guide journeying to Earth and is also the most motherly towards the kids. She is played by Reese Witherspoon.

In the book, Meg describes her as someone who looks like a tramp because she wears a set of mismatched clothes. While she may seem to be the most human-like among the three Mrs. Ws, Mrs. Whatsit also has the ability to transform into whatever she likes (including a centaur).

Quote from the book: "Life, with its rules, its obligations, and its freedom, is like a sonnet; You're given the form, but you have to write the sonnet yourself."

Played by Mindy Kaling, Mrs. Who is the third celestial being who aided the children in search for Meg and Charles' father. She would always speak in quotations from famous thinkers like Shakespeare, Pascal, Dante Aleghieri, and more because she finds it difficult to craft her sentences.

The original novel describes her as a plump old woman with huge spectacles and can speak Latin, Spanish, Italian, French, German, Portuguese, and Greek.

Quote from the book: "At the center of your being you have the answer; you know who you are and you know what you want" (quoted from Lao Tzu)

Portrayed by Zach Galifianakis, Happy Medium is a seer living in a cave on the planet Orion. He helps the three children understand the magnitude of the evil they will be fighting in their journey to find Mr. Wallace.

Unlike the portrayal in the film, the book describes the Happy Medium to be a clairvoyant woman wearing a silk turban and a satin gown. She uses a crystal ball to look at distant places – even the whole universe.

Quote from the book: "Oh, why must you make me look at unpleasant things when there are so many delightful ones to see?"

Red is a red-eyed pawn controlled by the IT – the one that controls the minds of those who live in Camazotz. Personified as an outgoing human on a beach, he convinces Charles Wallace to leave and join the IT. He is played by Michael Peña in the film.

Known in the book as Man with the Red Eyes, he also has the capability to hypnotize and brainwash anyone who looks directly at his eyes.

Quote from the book: "For why should you wish to fight someone who is here only to save you pain and trouble? For you, as well as for the rest of all the happy, useful people on this planet, I, in my own strength, am willing to assume all the pain, all the responsibility, all the burdens of thought and decision."

Who among the characters are you most excited to see on the big screen soon? Or have you now found a new favorite character to watch in cinemas?

Meet these characters when A Wrinkle in Time opens in cinemas on Wednesday, March 14. You may check out the screening schedule here. 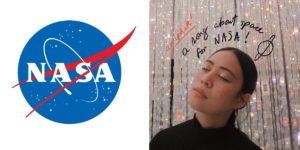 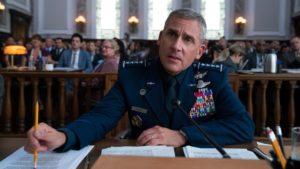