It seems like it has been a while since we last saw a true-blue zany, screwball comedy like ‘Game Night.’ It’s a refreshing change from the films of last year which all seem to tackle the bleakness of our times. While Game Night still reflects who we are by taking ordinary, everyday people and amplifying their anxieties and everyday troubles, it takes a simple concept–a regular game night amongst friends that turns into a brush with actual criminals–and brings it to its most hilarious extreme.

Leading the cast is Jason Bateman and Rachel McAdams, who play Alex and Annie. They are a married couple who met during quiz night and found a mutual connection through their competitive nature. Things takes a turn for the dangerous when Alex’s more successful brother, Brooks (Kyle Chandler), decides to host game night but is kidnapped for real. 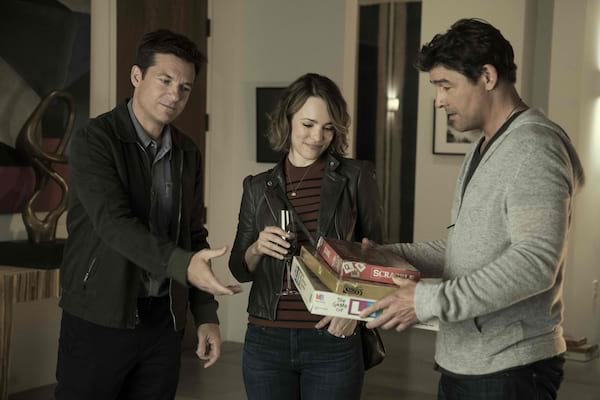 Alex and Annie, and their friends, thinking it’s still part of the “mystery game” that Brooks has set up for them, end up picking up the clues and unknowingly rush head first into a world of real criminals. Game night just got serious for this unwitting group, and the laughter is non-stop.

Directed by John Francis Daley and Jonathan Goldstein, Game Night is a hilarious romp of taking ordinary people and putting them in an extraordinary situation. Each of the characters have their specific quirks: Alex and Annie are highly competitive and they both are dead-set in beating Brooks at his own game because he’s always made Alex feel inferior, married couple Kevin and Michelle (Lamorne Morris and Kylie Bunbury) find tension after a funny reveal during an “I-never” game, and Ryan and his co-worker Sarah (Billy Magnussen and Sharon Horgan) are the typical odd couple of a gorgeous but dumb guy and an intelligent, sophisticated British woman.

The narrative doesn’t prolong the ruse for too long and finds many ways to exploit their character quirks for all the hilarity that is needed to keep the audience laughing throughout its one hour and forty minute running time. There’s wit, funny banter, physical humor, visual humor, and jokes that stem from the character’s personalities. All the performances are on point, executing the jokes with great timing.

But at its core, it’s Jason Bateman and Rachel McAdams who really bring Game Night home. Bateman has always perfectly embodied a believable everyman quality and he uses this for full effect. It’s McAdams, who has somehow toned down her star appeal from her ‘Mean Girls’ and ‘The Notebook’ days to be a plucky, spunky, ordinary competitive game night wife with wild abandon. She’s a joy to watch. 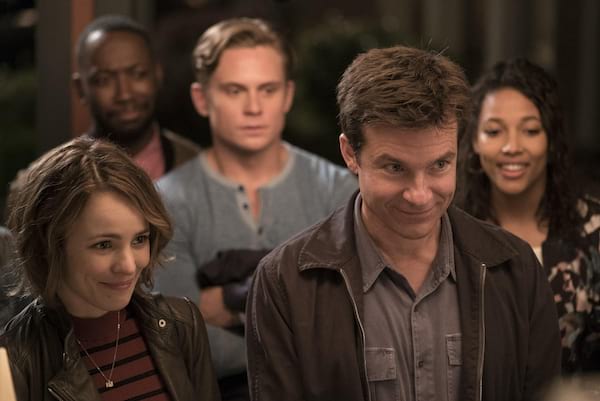 It’s funny, it’s thrilling, ‘Game Night’ even has its fair share of action and suspense. It’s a wonderful case for big studios to bring back unabashedly crazy comedies into the theaters again. It’s such a welcome change from the “event” films, comic book movies, and romance narratives that have dominated the cinemas in the past year or so.

Rachel McAdams on Top of Her "Game" in New Mystery-Comedy