With her striking beauty and sincere talent, she has has claimed her role as one of Hollywood’s most sought out actresses with an impressive body of work: “Easy A,” “The Help,” “Crazy, Stupid, Love,” “Zombieland,” “Superbad” and “The Amazing Spider-Man.” 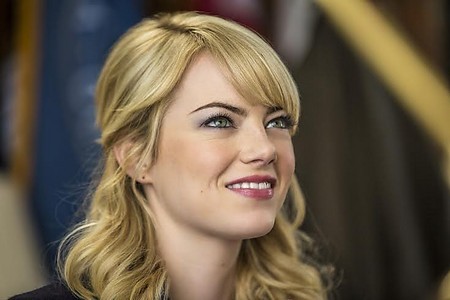 “This should be a wonderful moment in Gwen’s life – she’s valedictorian, she’s about to go to Columbia, she has an offer to go to Oxford – but in the midst of that, she’s dealing with the loss of her father and trying to find her way with this boy who clearly has a lot going on,” says Emma Stone. “I’m so glad that the audience is getting the Gwen story – it’s so rich and exciting to play.” 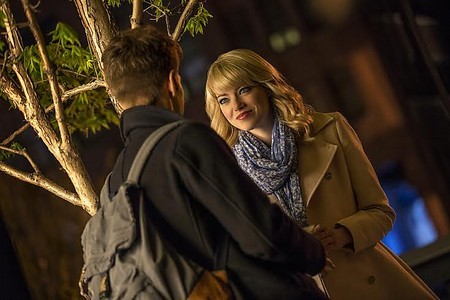 Garfield was excited by the chance to re-team with Stone. “She keeps you on your toes and makes sure you’ve done your homework so that you can keep up,” says the actor. “You can throw anything at her and she will move with it. She’s the most talented actress I know.”

Stone returns the compliment: “Before we shot the first movie, I hadn’t seen much of his work. Now I know: he’s capable of so much,” she says. “It’s an honor to work with an actor like that. I learn so much by working with him – he’s incredibly prepared, meticulous, and really brave, all at the same time. He’s able to bring so much depth to the character.” 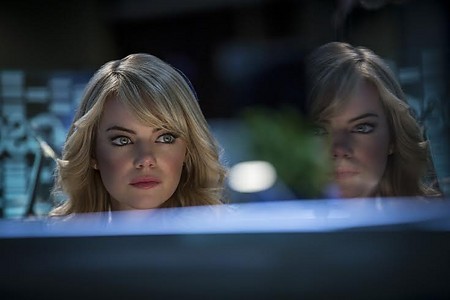 “Emma Stone is Gwen,” says producer Avi Arad. “The most amazing actress, who brings the movie charm, love, light, and a spirit of independence. She is the epitome of what we want our women to be: smart, ambitious, and loyal.”

“Gwen is such a powerful woman, a powerful character in her own right,” says producer Matt Tolmach. “She is not waiting around for Peter Parker to decide whether he can or cannot be with her. Her dreams are every bit as significant as Peter’s.” 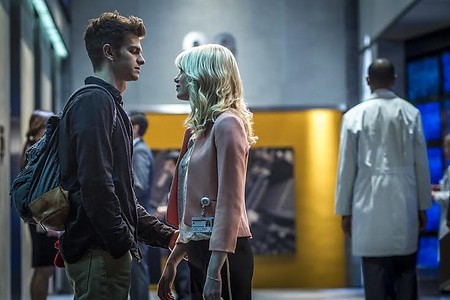 Stone says that she was excited to be returning to her role – one of the mythic, most powerful characters in the canon. “Gwen Stacy is such an important character in the Spider-Man world,” she says. “The fate of her character is something everyone loves to talk about and [director] Marc Webb is really embracing the storyline and telling his version over the course of these movies. Before my audition for the first film, I read about her story, and the more I read, the more I wanted to play her.”

Stone says that Gwen has a much different outlook on their relationship than Peter does – an empowered outlook. Gwen is a woman determined to make her own choices and does not feel the need to be protected by any man, even Spider-Man. “Peter had sworn to stay away from Gwen – which she knows – but she’s more open to being with Peter anyway,” Stone explains. “It’s not just because they’re in love. Her father died, but that’s given her a huge awareness of time – that everything is fleeting. Peter is more conflicted about it, and there’s a lot of tension between them throughout this movie.”

At the same time, Webb says, there’s a sense of trouble ahead in their relationship. “Gwen has her own life to lead,” says the director. “She gets an opportunity to go study in England. She’s going to be a doctor, she’s going to save lives. There’s such great possibility to her life. Peter wants to let her go – he’s happy for her – but he can’t, because he loves her and that’s who he is – he’s bound up in her soul, in only the way that teenage love can bind people.”

Opening across the Philippines on April 30 in IMAX 3D, Digital 3D and 2D formats, “The Amazing Spider-Man 2” is distributed by Columbia Pictures, local office of Sony Pictures Releasing International.