Here's a list of top ten wings you can treat yourself to during this glorious food holiday.

Wings will forever be a classic. The past few years have seen a surge in their popularity, with shops specializing on them getting lines upon lines of people willing to wait for hours just to get their plastic-gloved hands greasy and dirty. And since National Wings Day is coming this July 29, we’re giving you the low-down on the top ten wings you can treat yourself to during this glorious food holiday.

Frankie’s is that one wing stop that never fails to attract hordes of people for their fare, whether it be hungry office warriors or youngsters looking for something to chow on after a night out. It’s not uncommon to see lines upon lines of people on some of their branches – many of which are even willing to line up before the shop opens! Not only do they offer some of the best flavors in town (Cheese and Bacon or Salted Egg, anyone?), their wallet-friendly price points make their fare one of the most popular in the metro as well! Pair their wings with a variety of their sauces –their bleu cheese is our favorite!

A sports bar through and through, Buffalo Wild Wings offers an extensive menu that ranges from ribs and wraps to their infamous wings. They do theirs so great that people actually come in for their bar chow instead of the actual games! The shop offers a wide range of signature sauces and seasonings, ranging from the mild and classic Salt and Vinegar to the mouth-flaming Desert Heat. Wash them down with a tall glass of their beers!

“Where flavor gets its wings.” Wing Stop couldn’t have gotten a better catchphrase than that with its well-flavored juicy bites. One of the pioneers that made the popularity of this bar chow surge again in the country, this stop has become a regular for those looking for good old wings that do not burn a hole in your wallet. You can get your classic or batter-fried in thirteen different flavors. Try one of their best-sellers, the Lemon Pepper, or, if you’re brave enough, their super spicy Atomic flavor. Pair them with their fries for the ultimate chill treat.

When Bonchon arrived in the Philippines, the wing mania was already in full swing. The fast-food chain, however, can take the credit in popularizing Korean-style wings in the country with its affordable fares. It doesn’t have as much of a wide collection of flavors compared to other shops, but its Soy Garlic, Spicy, Honey Citrus, and Crunchy Garlic offerings can stand on their own, especially if you’re looking for an affordable basket of wings without the drama and the pomp.

Wing Vibe may not be as popular as some of the other shops here on this list, but its humble wings have gained a steady following because of the generous proportions they come in, as well as their affordable price bracket. For only P140 you already get five pieces of wings paired with rice, and ten pieces if you want a basket of ten. They also come in a wide range of flavors like their peanut-sauce coated Luisana Rub and spicy hot Honey Sriracha.

If there’s one place that really knows what they are doing with their buffalo wings, it’s Wingman. This food stop has perfected everything in the wings business, from their glaze, their ranch sauce, even the quirky names of their flavors like Wing Jong Un (spicy gochujang wings with a hint of sesame) and Asian Invasion (sweet glazed wings with a subtle touch of chili). Love buffalo wings but want something more interesting? Try their Prairie Fire, their classic buffalo blended with house ranch. It comes in four spicy flavors of medium, hot, apocalyptic, and inferno.

If you like your wings saucy and juicy, then you better make it a priority to drop by Buffalo’s Wings N’ Things. The stop has a whopping 17 flavors you can choose from, grouped not only by the level of spiciness but by the countries that inspire them as well. There’s the top-selling New York’s Finest, a medium heat flavor that’s supposedly loved by citizens of the Big Apple, the Louisiana Cajun Spice which is inspired by cajun dry rub used in barbecues popular in the state, and the Roasted Sesame, Japanese-style wings with hints of nutty and roasted flavors mixed with Japanese mayo. Make sure to put on your plastic gloves on before you dig in!

Think wings but make them a little bit high-end. This stop may look a little fancy at first if you only gauge it via its interiors, but it does a pretty good job in serving casual fare like their Wicked Wings. Their flavors are a little limited (you can choose from BBQ, Sweet & Spicy, Buffalo, Buffalo-Extra Hot, and Garlic Parmesan), but you can take them in great distances when you creatively pair them with their sauces. We recommend you to try their Garlic Parmesan with Bleu Cheese and Honey Mustard.

Pepa Wings is that one stall you go to if you’re craving for wings but do not want to commit to long lines and hours of waiting time. Found in food halls, this spot is the saving grace of hungry workers who want a filling meal to curb their craving even during their limited lunch break. Choose from their eight different flavors of Asian Zing, New Yorker, Garlic Parmesan, Salted Egg, Hickory Barbecue, Cheesy Bacon, Wild Spice, and their spiciest (and our favorite!), the El Pepa.

Wing Me has gained a steady following for their big-sized portions and flavors that don’t go overboard on the glazing and the rub. Though they aren’t as saucy as some of the other wings we are often so used in gobbling up, each piece from this stop is packed with flavor and seasoning that will leave a lasting impression on your tastebuds. We love their Garlic Butter flavor and their Lemon Pepper – both perfect to eat on their own or with rice. 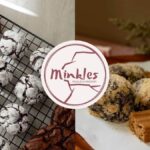 Merchant Spotlight: A Chock-full of Crinkles & Cookies from ‘Minkles’ 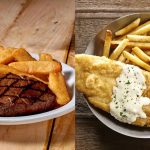 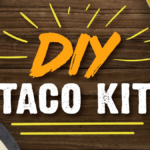 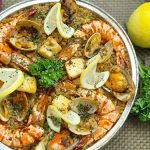 Diamond Hotel Philippines Offers Culinary Feasts For A Cause 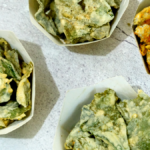 Eat Of The Week: Crunchy Kangkong Chips to Replace Your Flavored Fries Cravings 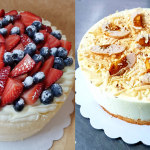 Satisfy Your Sweet Tooth With these Cakes from Cravings