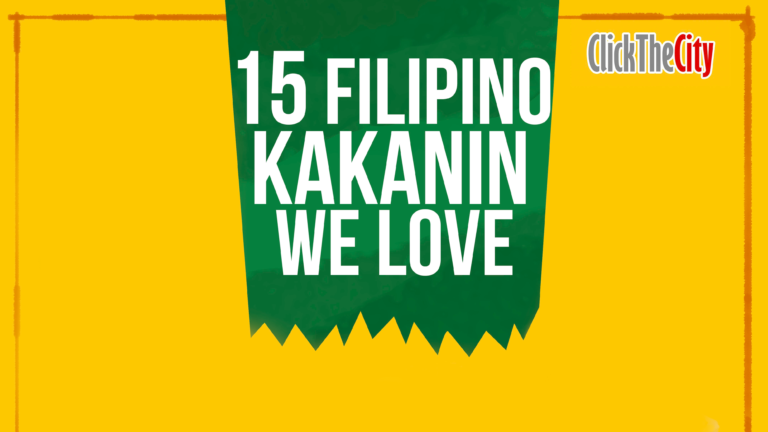 INFOGRAPHIC: A Guide to the Most Popular Filipino Kakanin

From our humble puto't kutsinta to the Christmas bibingka, here are 15 rice cake variants that we've always loved!

Rise up for some Filipino rice cakes– aka, the Pinoy kakanin!

Derived from the Filipino staple food kanin or rice, the kakanin is a popular morning or merienda snack that us pinoys have always been so fond of. From the everyday puto’t kutsinta to the special Christmas bibingka, we all probably have our own favorites.

And while most of us dwelling in the city may have exchanged our childhood merienda with milktea, pizza, and the like, a trip back to the provinces will easily remind us of the sweet years we had with these treats. But to those who feel like they’ve already forgotten their fave nummy snacks for too long, fret not, for we’re here to list down fifteen of the most popular rice cake variants that would surely help you remember!

Puto is a soft rice cake made with steamed ground rice and often has the classic cheese topping. There are many other variants for this rice cake, and some of the most popular are the puto flan with a leche flan topping, and the meat-filled variant called puto pao which resembles the asado siopao.

Kutsinta is the sticky reddish brown kakanin often sold alongside the classic puto. It is made from rice flour, brown sugar, and lye water resulting in a jelly-like consistency. It is often topped with grated coconut or a sweet yema spread.

Pichi-pichi is another sticky kakanin often with a softer texture than the kutsinta. It is made from grated cassava giving it the subtle taste of the root vegetable. It is often coated with grated coconut or cheese.

Sapin-sapin is perhaps the most colorful sticky kakanin. It is served in layers of different colors and topped with grated desiccated coconut or latik. Its base is made from a mixture of rice flour, coconut milk, and sugar with added coloring and flavoring.

Suman is another common kakanin that unlike the others, is a cylindrical treat covered in banana leaves or something similar. The classic suman is made from glutinous rice cooked in coconut milk steamed inside the leaves and is served with a heap of brown sugar on the side or topped with caramel sauce. Another variant is the kamoteng kahoy suman which is sweeter and is mainly made from cassava.

This Filipino coconut milk pudding is yet another gelatinous kakanin that is made from coconut milk, sugar, and sweet corn kernel mix-ins. It is often topped with grated cheese or grated desiccated coconut.

Biko is a brown suman-like dessert prepared in a flat rectangular mold and topped with grated desiccated coconut. It is made from malagkit or sticky rice, brown sugar, and coconut milk.

Palitaw takes its name from the word litaw or “to surface.” The rice cake patties made from rice flour and water are cooked in boiling water and will float to the surface once ready. When the patties have been drained and cooled down, it is then coated with toasted sesame seeds and sugar.

Carioca balls or simply carioca is a skewered delicacy made with deep-fried glutinous rice balls coated with sugar. While it is arguable if carioca is a kakanin, having the same base but prepared in a different way, this treat lands a place on this list for being another Filipino favorite merienda.

Espasol which originated in Laguna is made from rice flour cooked in coconut milk and sweetened coconut strips, and coated with toasted rice flour giving it that distinct powdery texture on the outside. While uncommon to the local supermarket, it is a popular pasalubong when one visits the provinces.

A very popular kakanin which has also become a symbol of the Filipino celebration of Christmas, the bibingka is a flat golden rice cake sold outside the church after the Simbang Gabi or evening/dawn Mass. It is baked in pots lined with banana leaves that is heated from above and below with burning coal. The cake is made from a mixture of rice flour, coconut milk, sugar, eggs, and baking powder. It is also topped with butter, salted duck egg, and grated coconut.

Puto Bumbong is a sticky suman-like kakanin also sold during Christmastime. Made with a ground mixture of sticky purple rice, long grain purple rice, and glutinous white rice, this delicacy is then steamed inside a bumbong or a cylindrical bamboo container. What comes out is the sticky kakanin that we know and love before it is topped with some butter, muscovado sugar, and grated coconut.

The cassava cake is a sweet moist cake with a custard crown. It is made by baking a mixture of cassava with eggs, coconut milk, evaporated milk, and condensed milk. Most prefer to eat this dessert cold from the fridge.

Kalamay is probably the stickiest rice cake out there. Made with coconut milk, brown sugar, and ground glutinous rice, kalamay is served as a flat round cake over banana leaves. A popular variant of this kakanin is the sundot kulangot which puts the sweet delicacy inside small empty wooden orbs often eaten by taking it out with a stick or with one’s finger.

Nilupak or nilusak, is made from mashed cassava mixed with coconut milk and sugar and is topped with butter or cheese. It is often found in our local streets either divided into patties or in a huge heap that the vendor will scrape for each of his or her customers.

Which Filipino kakanin is your favorite? 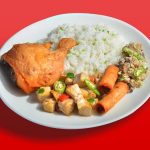 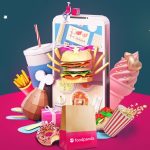 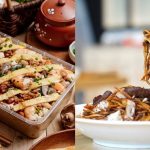 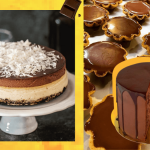 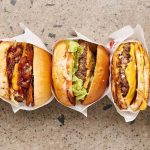 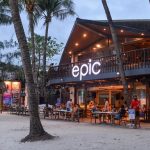