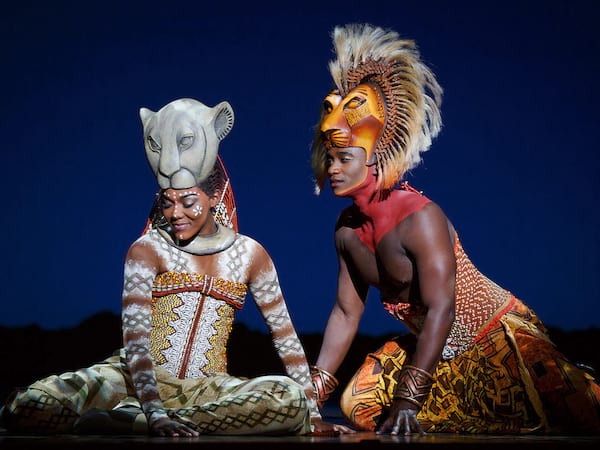 Michael Cassel Group in association with Disney Theatrical Productions announces the first international tour of the world’s #1 musical, Disney’s THE LION KING, to premiere in Manila in March 2018 with additional engagements in Singapore, Korea, Taiwan and South Africa.

Lion King, which begins its Manila run on March 18, 2018 at The Theatre at Solaire, is the stage adaptation of the 1994 Disney film of the same name. It follows Simba, a young lion born into the royal family, who flees their land after his father Mufasa is killed by his uncle, Scar. When he grew up, he hears the plea from the inhabitants of his land, thus begins his mission of taking down an enemy and fulfilling his destiny to be a king. 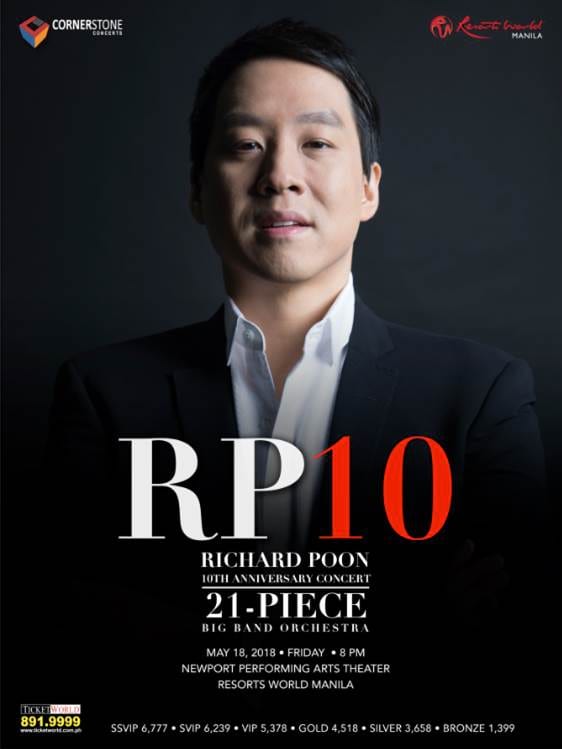 Big Band Music is just going to get even Bigger. As we all know by now, Richard Poon is not only a certified platinum recording artist and a bankable concert performer, he is also the country’s leading  big  band  crooner.

Through  the  years  he  continues  to  bridge  the  gap  by  offering “Timeless” music to kids of all ages. This year he is hitting another milestone as he celebrates his tenth year in the business. “RP10: Richard Poon 10th Anniversary Concert” happening this May  18,  2018  at  Newport  Performing  Arts  Theatre  in  Resorts  Manila  was  made  with  his  dear audience  in  mind. 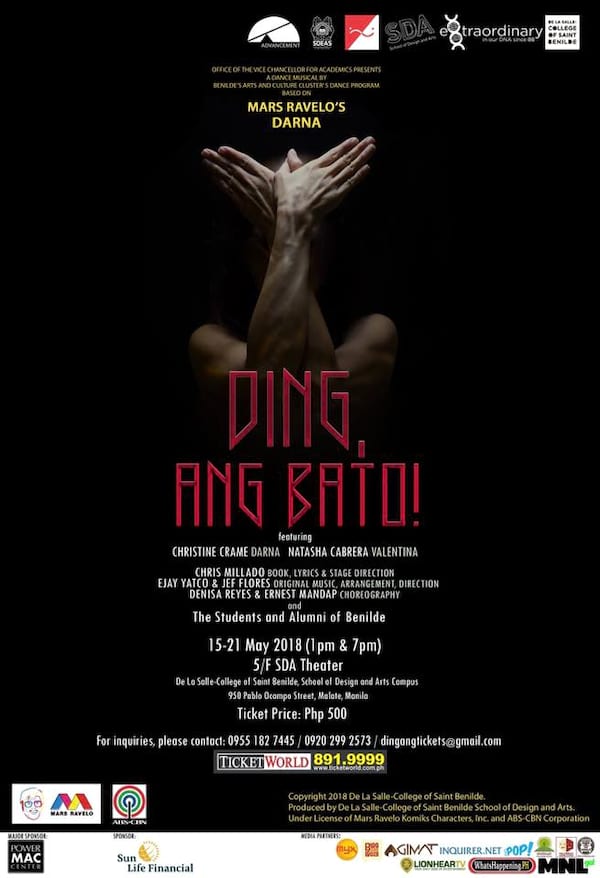 The production marks the return to the stage of Darna, the Filipina superhero and icon created by the brilliant mind of comic book legend Mars Ravelo.

The musical is also a unique take on the Darna lore. Set in contemporary times, it is told from the perspective of Ding, Narda’s deaf brother. The beautiful language of the Deaf community is masterfully incorporated in movement, music, and dance.

Ding, Ang Bato! is a truly Pinoy musical production, as can only be envisioned and executed by the best of Philippine theater. The production is led by the visionary Director and Librettist Chris Millado, Vice President and Artistic Director of the Cultural Center of the Philippines (CCP) and renowned Theater Director and playwright. 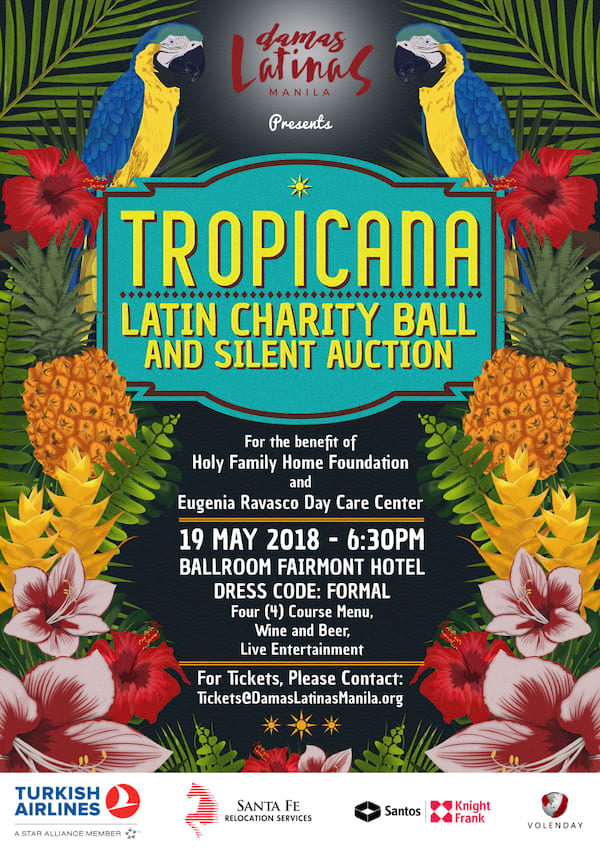 The Latin American Women’s Club (Damas Latinas Manila) will be holding its Annual Charity Ball on the 19th of May, 2018 at the Fairmont Hotel Makati. This year’s theme is Tropicana, and it will be one of the club’s most colorful and vibrant events to date. Excellent food and service can be expected from the chef and servers of the Fairmont hotel.

This year, the club has an exciting addition to the ball, it's host, Nico Bolzico. One of the most successful influencers from social media today. His enthusiasm will definitely add more fun and flavor to the events of the night.

The Club is looking forward to having you in the Latin Charity Ball to help, show support to the organizations and to share the Latin culture. 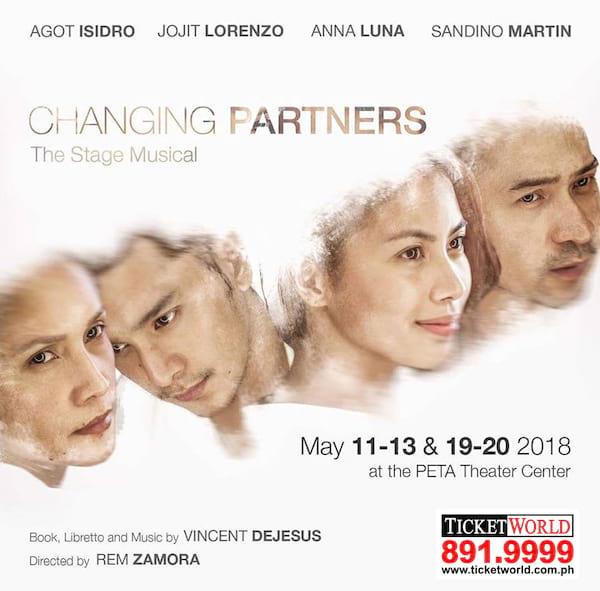 “Changing Partners” was originally a stage reading entry at the Virgin Labfest in July 2016. In September and October of the same year, “Changing Partners: A Torch Musical” was staged at the PETA Theater Center’s Studios.

The musical play was directed by Rem Zamora and starred Agot Isidro, Jojit Lorenzo, Anna Luna, and Sandino Martin. “Changing Partners” transitioned from play to movie under the direction of Dan Villegas in November 2017.

The restaging of Changing Partners will again be directed by Rem Zamora and will star the same cast: Agot Isidro, Jojit Lorenzo, Anna Luna, and Sandino Martin. Poch Gutierrez will be joining the ensemble and provide live cello music to accompany the live piano by Vincent De Jesus.