He’s energetic, always on a look out for new fare to discover, and the
certified culinary authority. When it comes to new foods to try,
Tonipet Gaba of GMA is the first name anyone has in mind. His weekly
most-awaited “Tara Let’s Eat” surely served as every gourmand’s guide
to dining. A serious foodie at heart, Tonipet’s no-frills comment on
every dish he gets his hands on leads to worth-relishing eating
adventure for the viewers. 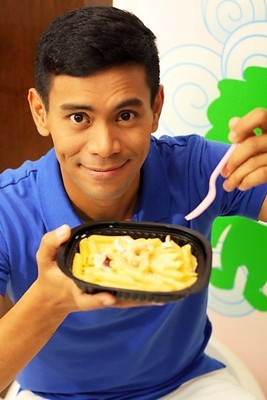 A well-loved TV personality with his intoxicating passion on cam,
Tonipet is currently hosting GMA’s no. 1 children’s show for eight
years, the Art Angel. Aside from that, he’s also the host for the
newly-revamped Tara Let’s Eat, called Pop Talk airing every Tuesdays
at 10PM. A De la Salle University graduate, this smart achiever guy
is also a knockout in directing. The soon to be launched Kitchen
Superstar, a cooking reality show of GMA 7 airing on April 14 is
another project he is so excited about nowadays, as he was hailed to
officially direct the show. 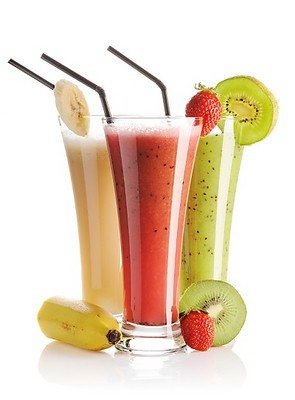 While he’s a busy man who’s keeping his best to balance his career and
personal life, Tonipet gets excited on his personal eating pleasures.
“I’ve been exposed with different types of cuisines, given the
privilege to be trying the best restos and food places in the country.
On my personal time, eating with my favorite people is one of the
things I usually look forward to. Californiaberry is definitely one of
the best hotspots in my list ever since I got to discover their Morato
branch, considering it’s very near to my workplace”, Tonipet shares.

The delectable newly-launched pasta dishes are one of his fuss-free
comfort foods. His newfound pasta discovery made Tonipet more visible
to Californiaberry stores, especially it’s now located on 23 branches
nationwide. His current favorite is the seafood alfredo in white sauce
brimming with fresh seafood stuffs in it, especially prepared with the
best spices and ingredients. He’s also a fan of Californiaberry
non-fat froyo which he loves to bring home with him every time he
chills out on his most precious free times. Aside from the
refreshing, cooling effect of Californiaberry froyo selections he
initially fell in love with, he was also the first customers who got
excited with the pasta offerings, Californiaberry being the only froyo
store to offer pastas. A book lover and shoe collector, his love for
good eats is another thing that keeps him buzzed and happy. When asked
what he thinks make a good food, he shares, “I’d say it’s good if it
satisfies in all levels. Or even if days have gone by, you still
remember that one particular dish that you just encountered. If you
still find yourself talking about it that must be damn good!” A
loving boyfriend, brother, son, a co-worker and a friend to his GMA
family, he also makes sure they get to bond over a delicious food on
the table. “People are united and celebrate through food. Families
bond over home-cooked fare. Nations have been known to unite through
shared meals, so any chance to partake even just a simple dish or
dessert is a moment I always cherish,” Tonipet shares excitedly.

Even with Tonipet’s swamped schedule, he still gets to manage a
friendly, humble, and gracious aura. Watch his exciting programs on
GMA 7 and GMA News TV as he make experience more fun and worthy of
anyone’s time.

For inquiries about franchising, call (632) 470-1835 or email
franchise@californiaberry.net