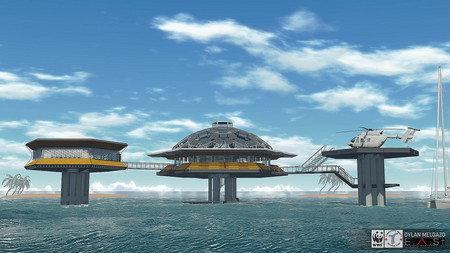 But after a decade of serious weathering, can the aging offshore complex still function as a research hub and springboard for enforcement operations?

Situated 160 kilometers southeast of Puerto Princesa City in Palawan, the squat white barracks, which started as a makeshift base station built by Philippine Navy Seabees to shelter law enforcers in 1995, has since taken many forms. Today it serves as a forward operations base for up to a dozen Park Rangers, drawn from the Tubbataha Management Office, Philippine Navy, Coast Guard and Local Government of Cagayancillo who spend lonely two-month shifts protecting the 97,030-hectare reef from both internal and external threats. 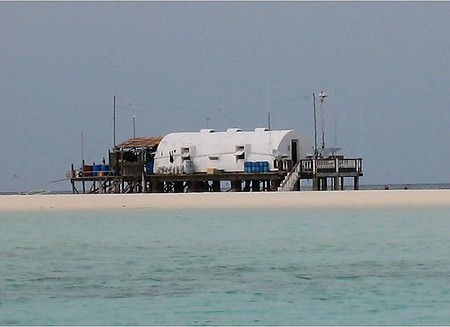 To celebrate Tubbataha’s 25th anniversary as a Marine Protected Area this 11 August, the Tubbataha Management Office and World Wide Fund for Nature (WWF-Philippines) recently unveiled plans to build a brand-new Ranger Station – and the schematic jumps straight out of a science-fiction flick.

“The station has served the country well, but we must revitalize it to be able to deal with fresh threats,” explains WWF-Philippines Consultant Dylan James Melgazo, an architect who spent three weeks assessing the offshore complex in 2012. “Poacher incursions, grounding incidents and climate change effects are critical issues. Enhancing our capacity to protect Tubbataha makes perfect sense, as the reef provides food and livelihood for millions of Pinoys.” 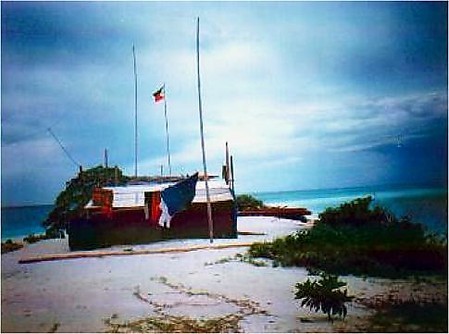 Designed by Melgazo plus a team from the Emerging Architects Studio (EASt) composed of Kim Pullante, Dean Ramos, Don Sebastian and Marc Virtucio, the space-age structure draws on technology like solar panels, micro-wind turbines and rainwater collectors to maximize both resource sufficiency and operational capacity. Proponents have slated the groundbreaking ceremonies for October 2013.

“Sitting in the middle of the Sulu Sea, it’s hard to resupply the station, which is why we designed it to be as self-sufficient as possible,” adds Melgazo. “Sunshades double as rainwater collection systems while wind slats provide continuous ventilation. We also added a helipad for medical evacuation (MEDEVAC) purposes. Years back, a Ranger was bitten by a Great Barracuda and had to be rushed to Puerto Princesa by speedboat. He made it – but his scar will always serve to remind others that out there, the sea is boss.” 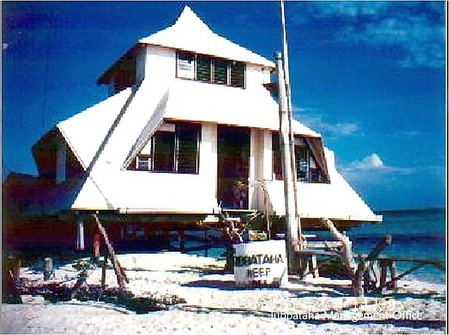 To be built beside the old barracks, the new station shall feature a research building for up to eight marine biologists, whose trips have always been confined by the weather to summer expeditions on live-aboard boats. A library, visitor center and merchandise shop shall also be added to entice visitors not only to interact with the Rangers but to provide a needed mechanism for fundraising. The complex shall also house a museum, vital in showcasing Tubbataha’s rich history and even richer biodiversity. 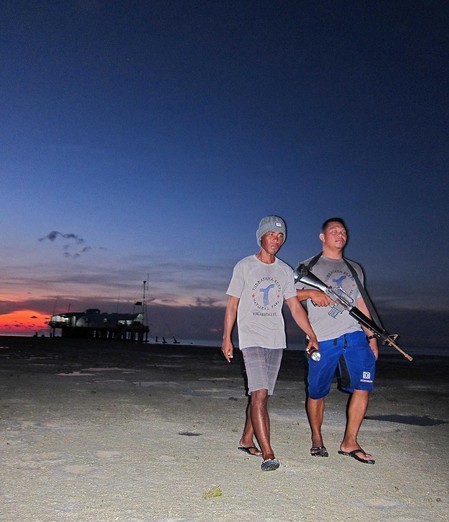 Rangers in Action by Gregg Yan

Public and Private Sectors Pitching In

A host of institutions have already pledged to contribute to the station’s rebirth. Leading the pack is the Tourism Infrastructure and Enterprise Zone Authority (TIEZA), which pledged to provide PHP40M in seed money to jumpstart the station’s construction.

“Though the USS Guardian and F/V Min Long Yu grounding incidents have left over 6000 square meters of the reef in shambles, they have become a point of convergence. More and more public and private institutions – even individuals – are taking up the cudgels of conservation. We call on all groups to help turn our dream into reality,” concludes Tubbataha Reefs Protected Area Superintendent Angelique Songco. “A little support shall go a long way towards improving our Rangers’ home-away-from-home.”

WWF is currently raising funds for the construction of the station, estimated at around PHP50M. 100% of all funds shall be donated to TMO. Corporations and individuals can email WWF or deposit donations to BPI Account Number 1993-0531-94 or Paypal Account 4AU7PYC6BQ7TG.

Sadly, the Park lost 6247 square meters of reef from back-to-back groundings of a US warship and Chinese poaching vessel in January and April this year. As of July 2013, no fines have been collected for the damage.