Get to know Chef Tatung Sarthou more and find out what he does when he's not in the kitchen and what his favorite food memory is from childhood in this exclusive interview.

Diamond Hotel's guest chef for Journey of the Philippine Archipelago Filipino Food Festival is a resident chef and segment host of a top-rated morning show and an award-winning and best-selling author of Philippine Cookery From Heart to Platter, a winner in the World Gourmand Awards.

Chef Myke "Tatung" Sarthou is not only recognized in the Philippines but internationally, as well. In 2016, he was one of only two Manila-based chefs invited to speak at Madrid Fusión Manila, the first and only Asian edition of the most important gastronomy congress in the world, held yearly in Spain. And in 2017, he was the Philippines' only representative to the 15th Madrid Fusión Congress in Spain, the first Filipino to appear on the main congress stage.

At Corniche, celebrity Chef Tatung will take the center stage to take you to a culinary journey of the Philippine archipelago and give you a taste of renowned flavors from Luzon, Visayas and Mindanao. Dubbed as the Philippine Archipelago, the Filipino food festival will highlight a diverse spread at the Corniche for lunch and dinner. At the buffet, guests will see little flags of the Philippies alongside the featured dish prepared by Chef Tatung. Get to know Chef Tatung Sarthou more and find out what he does when he's not in the kitchen and what his favorite food memory is from childhood in this exclusive interview:

Can you tell us about the spread here?

It’s a mix of dishes from Luzon, Visayas and Mindanao. Some are very traditional and some are very modern when it comes to the approach but all I really wanted to showcase the diversity of the Filipino cuisine. If you notice in the spread, we have dishes from Mindanao where they burn the coconut. It is normal that we eat coconut but we never do it that way so you can see there is innovation and different techniques applied to the same ingredients but give it different flavors, so I wanted to showcase that. It doesn’t necessarily mean that if you want to create Filipino food special, you’ll need imported ingredients. Within what’s available here, we can already make it special.

How young were you when you knew you wanted to become a chef?

Chef Tatung Sarthou: Actually, the consciousness of being a chef came to me maybe in the last 10 years or so because being a chef wasn’t like a career in the days so it never really crosses your mind. However, I’ve always been in the kitchen since I was a kid helping with the vegetables like malunggay or sitaw. The next thing you know, I started sautéing, so you can say that I’ve been cooking for the longest time already. When I was in grade 6 or 1st year high school, I was already receiving cake orders from people. I guess my life was already leading to that career although in my mind, it wasn’t in my consciousness yet since celebrity chefs didn’t become a thing until recently.

Were there people who influenced you with food/cooking when you were growing up?

At home, everyone cooks. And, I grew up in Cebu and when I wanted to eat something I really needed to cook it since there weren’t a lot of restaurants to choose from. Sometimes I would see advertisements of burgers and pizza but there was no outlet there yet so everything, you really must decode and try to create your own.

Can you share a favorite food memory from childhood?

I remember when cooking Sinigang before, we usually use Sampaloc to make it sour. And it’s very clear to my mind because my grandmother always did it that way – boiling and mashing it. Oh, and it was also during that age when I was in elementary that there was the first commercial of the instant one so I noticed there was already a shift. Although I grew up in Cebu and Sinigang is not something Cebuanos enjoy but my grandparents were from Manila, they were Tagalog, so we had it all the time. It’s very special because when I go to my mother’s side, they’d think that it’s too sour and they can’t eat it. What inspires you when you’re cooking?

Before when I started cooking, I always say that I want to cook for my family or I want to impress my grandparents. Now, since I’ve reached a certain level where I tend to become driven by ideas and philosophies, it’s beyond that already and cooking is already a form of expression. So, it’s very important to me that I carry a message with the things I do especially in a set up like this. But at home I cook because I want to eat something delicious and if I eat at restaurants, I don’t really get satisfied.

If you’re not cooking, what are you often busy with? What do you think would you be doing if you were not a chef?

I’m always on Facebook and I watch TV, I’m just a simple person and don’t go out as much so I’ll be at home in bed and just watch something on television. If I weren’t a chef, probably I’ll be a full-time writer or filmmaker but the thing is, it’s still the things I do but I’m most identified as a chef. I still do a lot of work related to the things that I thought I would be before so I guess I’m lucky to be doing everything I like and it’s fairly doing well.

What dish have you cooked or recreated that made you extremely proud?

The work I’ve done with Mindanao cuisine is something that I’m proud of. I’m not saying it’s unique since it's something I got from them but to be able to give it the attention it needs and that I know I’ve been studying it, doing it and promoting it for so many years. Now you can see it in many menus using the same techniques as I did, and although people don’t acknowledge that it started there, I know that I’m a part of that and for it to make it popular. If you had to prepare a nice meal in under 30 minutes, what would you cook?

Yes very Filipino. A very simple stir-fried dish… Or, you could make a very good seafood sinigang in 30 minutes.

What can you never give up eating?

Maybe because I eat a lot, I don’t really have an attachment to any food. Obviously, I love Lechon but I don’t eat it every day. Not even once a month. I think also as a chef, you can’t be too biased to certain food because you need to keep educating your palate.

If you could eat only one Filipino food for the rest of your life, what would it be?

Is there one thing you’ll never eat? Any advice for budding chefs who want to put up their own restaurant?

I think what’s very important is to keep it real and stay true to the cooking because a lot of chefs are so caught up in gimmicks. Focus on cooking and be very open-minded in terms of ingredients and techniques. And thirdly is really attitude because in this industry, it’s still about relationships and getting along with people especially in the kitchen. It’s really being able to function within a community so it takes not just humility but making sure that you connect with everyone at a certain level.

The Philippine Archipelago Filipino Food Festival in Diamond Hotel at Corniche is only P2,380 nett/person for lunch and dinner. Match your meal with a bottle of wine and get a 25% discount on the Wine of the Month. To spice up the celebration, Diamond Hotel Philippines will also be giving away two round trip airline tickets to Cebu. Guests with a minimum of P5,000 spend at the buffet will be entitled to a raffle stub for a chance to win the prize. For reservations call (632) 528-3000 ext. 1121. Like Diamond Hotel on Facebook and follow them on Instagram for more information. 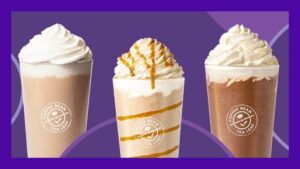 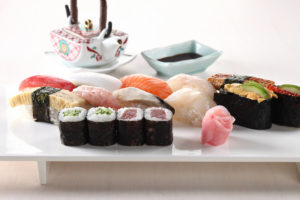 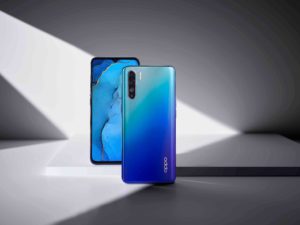 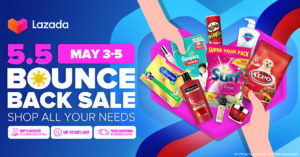