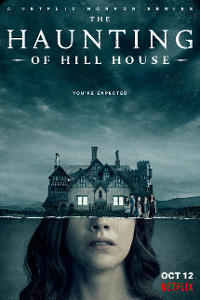 The Haunting of Hill House is an upcoming American supernatural horror television series created by Mike Flanagan. It is based on the 1959 novel of the same name by Shirley Jackson, and will premiere on Netflix. The first season will consist of ten episodes and will be released on October 12, 2018.