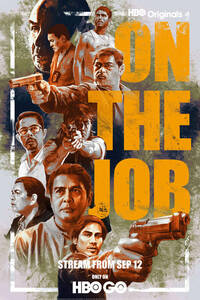 After much anticipation, the continuation to Erik Matti’s award-winning crime thriller ON THE JOB (#OTJonHBOGO) premieres globally and exclusively on HBO GO.  Along with the first installment of the film, the sequel will be available as a six-part HBO Asia Original series. Stream or download the first three episodes on Sunday, September 12. A new episode premieres every subsequent Saturday.