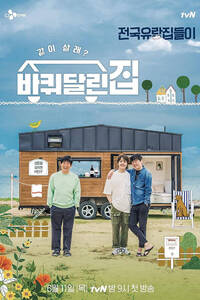 Three actors travel across South Korea in a wheeled house and invite guests to stay with them for a night or two.

On January 25, 2021, tvN confirmed the production of season 2 of the show, with the broadcast expected to begin from mid-March. Sung Dong-il and Kim Hee-won have been confirmed to continue, while Yeo Jin-goo will not be joining for the season. A third season premiered in October 2021.