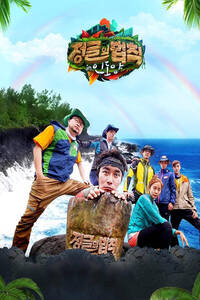 South Korean comedian Kim Byung-man created the Kim Byung-man's Law of the Jungle in 2011. On the show, celebrities, including actors and K-pop artists, join him in remote locations around the world to experience living in the wild. In each location, the guests are tasked to hunt, prepare meals, and create shelter for the group. Kim is the show's only regular cast member.

Kim did not appear on the show's 2017 episodes in Fiji after he suffered a spinal fracture while skydiving in the United States. He returned to the show for the following season in the Cook Islands.

Special editions of the show air occasionally. Law of the Jungle W features an all-female cast and generally airs during the Seollal and Chuseok holidays. Law of the Jungle K featured celebrities with their children, and aired as a Korean New Year special in 2013.

On May 26, 2020, SBS confirmed that the show would go on a hiatus due to the COVID-19 pandemic, which made travelling to foreign countries for filming of the show impossible.

The program rebooted on August 29, 2020 with the first domestic filming in the history, called "Law of the Jungle in Wild Korea".

[About:]
Law of the Jungle is a South Korean reality-documentary show that airs on SBS. Each episode features celebrities sent to survive in remote locations around the world. The show was first aired on October 21, 2011. The show's 300th episode aired in 2018.