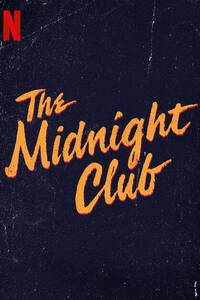 Drama, Horror, Mystery
Be the first to rate this

A group of seven close terminally ill young adults resides in the Rotterdam Home hospice run by an enigmatic doctor. They meet at midnight every night to tell each other scary stories. One night they make a pact that the first one to succumb to their disease is responsible for communicating with the others beyond the grave. After one of them dies, bizarre occurrences begin.

[About:]
The Midnight Club is an upcoming American horror mystery-thriller streaming television series created by Mike Flanagan and Leah Fong for Netflix. Flanagan serves as the showrunner and executive producer along with Trevor Macy. It is an adaptation of the Christopher Pike young adult novel The Midnight Club.

The series is scheduled to premiere on October 7, 2022.