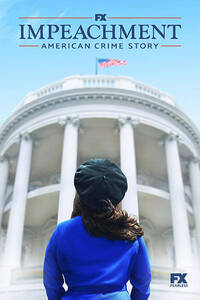 Impeachment: American Crime Story is the third season of the FX true-crime anthology television series American Crime Story. It consists of 10 episodes and premiered on September 7, 2021. The season portrays the Clinton–Lewinsky scandal and is based on the book A Vast Conspiracy: The Real Story of the Sex Scandal That Nearly Brought Down a President by Jeffrey Toobin.