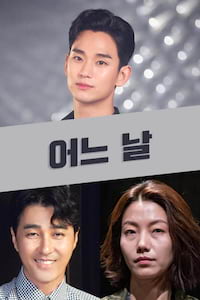 It delves into the criminal justice system through the story of two men who are embroiled in the murder of a woman.

[About]
One Ordinary Day is an upcoming South Korean streaming television series starring Kim Soo-hyun and Cha Seung-won. It is based on the British television series Criminal Justice written by Peter Moffat. It is scheduled to air on Coupang Play in November 2021.