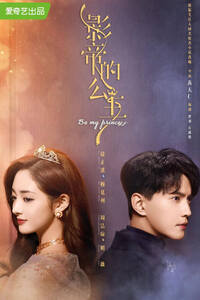 A "true film legend" is deluded into thinking that he is a "loyal Grand Tutor" from ancient times, thus beginning a sweet love story with his "fake princess" who's a newcomer in the entertainment industry. The road to chasing his wife is long and difficult. The cold and temperamental actor Mu Tingzhou whose existence is like a god to his fans has been single since birth. However, everything changes after he "loses his memories" due to an accident. He starts to believe himseslf to be a Grand Tutor, a high-ranking official in ancient China and that rookie actress Ming Wei is his "princess."

While treating Ming Wei with the utmost respect, Mu Tingzhou also cannot help but interfere with her activities. Their interactions which often intertwine between ancient and modern times disrupt their day-to-day lives. As the Grand Tutor, Mu Tingwei would call his princess everyday to send his greetings and wouldn't hesitate to get on his knees in his suit and tie to bow to her in front of everyone.