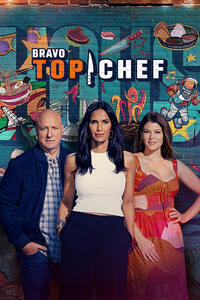 Game Show, Reality-TV
Be the first to rate this

Top Chef is an American reality competition television series which premiered on Bravo on March 8, 2006. The show features chefs competing against each other in culinary challenges. The contestants are judged by a panel of professional chefs and other notables from the food and wine industry with one or more contestants eliminated in each episode. The show is produced by Magical Elves Productions, the company that created Project Runway.

The success of the show has resulted in multiple spin-offs, including Top Chef Masters, Top Chef Just Desserts, Top Chef Junior, Top Chef Amateurs, and Top Chef Family Style. Numerous international adaptations of the show have also been produced. Most recently Top Chef VIP with be airing on Telemundo.

The series has been renewed for a twentieth season, which will be filmed internationally for its entirety.