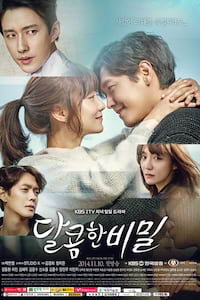 Han Ah-reum, the daughter of the Korean Vice-Minister for Culture, returns home with a child born out of wedlock, a fact that will shame her family and ruin the chances of her father becoming the Minister for Culture. Chun Sung-woon, heir of the Winner fashion and clothing company, is being backed into an arranged marriage that he does not want. When the paths of the two cross and re-cross, initial hostility turns into love. However, the secret of Ah-reum's illegitimate daughter may become a barrier to true love.