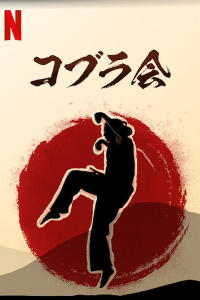 Cobra Kai is an American action comedy-drama web television series, presented in an episodic storytelling format, and based on The Karate Kid film series. It was created by Jon Hurwitz, Hayden Schlossberg, and Josh Heald, and stars William Zabka and Ralph Macchio (both of whom are reprising their roles from The Karate Kid, and who also serve as co-executive producers of the series) along with Xolo Maridueña, Jacob Bertrand, Courtney Henggeler, Tanner Buchanan and Mary Mouser. Cobra Kai is set 34 years after the original Karate Kid film, and re-examines the narrative from Johnny Lawrence's point of view (placing it within the "minor-character elaboration" genre). His decision to reopen the Cobra Kai karate dojo leads to the rekindling of his old rivalry with Daniel LaRusso.

The series launched on YouTube Red (now YouTube Premium), with the first two seasons releasing in 2018 to 2019. In June 2020, Netflix acquired the series, and is set to release the third season in 2021.