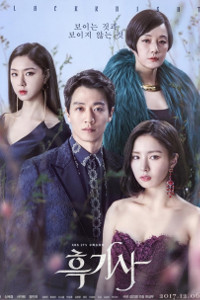 This drama is about a pure man who accepts a dangerous destiny for the woman he loves. It is a love story that spans over two hundred years. Moon Soo-ho (Kim Rae-won) is a businessman with a pure heart who braves danger for his love Jung Hae-ra (Shin Se-kyung), who is a travel agent but never traveled abroad.

[About:]
'Black Knight' is a South Korean television series starring Kim Rae-won in titular role alongside Shin Se-kyung, Seo Ji-hye, and Chang Mi-hee. It aired on KBS2 starting December 6, 2017 every Wednesday and Thursday at 22:00 (KST) for 20 episodes.